Where was the biggest trout caught?

The world record brown trout was caught in the Ohau Canal in New Zealand. Ohau A is a power station located on the artificial Ohau canal. It is the home of some of the largest trout in the world, with rainbow and brown trout often exceeding 20-30 pounds.

71-year-old Kandolf was attracted to fishing the Ohau Canal on New Zealand’s south island in light of a recent spate of catches of large specimens in the area. It didn’t take long for the mythical looking fish to appear.

He couldn’t believe it himself and originally thought that the gigantic dorsal fin poking out of the water was a water rat.

“My friend was fishing 50 m further up and shouted ‘there’s a water rat coming down’.”

But, as we now know, it wasn’t a 41 lb rat, but the dorsal fin of a river monster – one of the biggest trout ever caught.

Finally Kandolf realised what he saw was a huge fish. The trout came down the river and hid in a pool close to the angler.

“I cast into the pool a few times. Then I called out, ‘I’m stuck, I’m stuck again’. And then I pulled and pulled and I could see my little red spinner coming up. I didn’t even see the fish at first but then I did and shouted ‘it’s on, it’s on’. He went back up the canal and I followed him up about 100m.”

The fish wouldn’t go without a fight and Kandolf, an angler of 40 years, had to battle him for 20 minutes until he managed to reel him in.

The next problem was unavoidable, as he didn’t have a strong enough fly fishing net to scoop up such a beast. He only had a comparatively tiny net with a short handle, so netting the fish became a big obstacle, but Otwin made do: “I got his head in the net and then just pushed the whole body and everything up towards the bank. I grabbed him and somehow got him up the bank.”

The next challenge was weighing the beast. Nobody had a scale big enough,

The fish was mounted and is now an attraction in his Oropi home.

The monster dethroned a 41lb, 8-ounce specimen from the world record fish list. The previous record for the biggest trout ever caught was held by Roger Hellen with a brown trout on Lake Michigan in 2010. 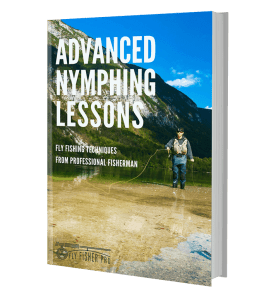 DUE TO POPULAR DEMAND

GET OUR BOOK IN 48 HOURS