Due to the largemouth bass's widespread popularity and its almost cult-like following, it's becoming more difficult to break a new world record. 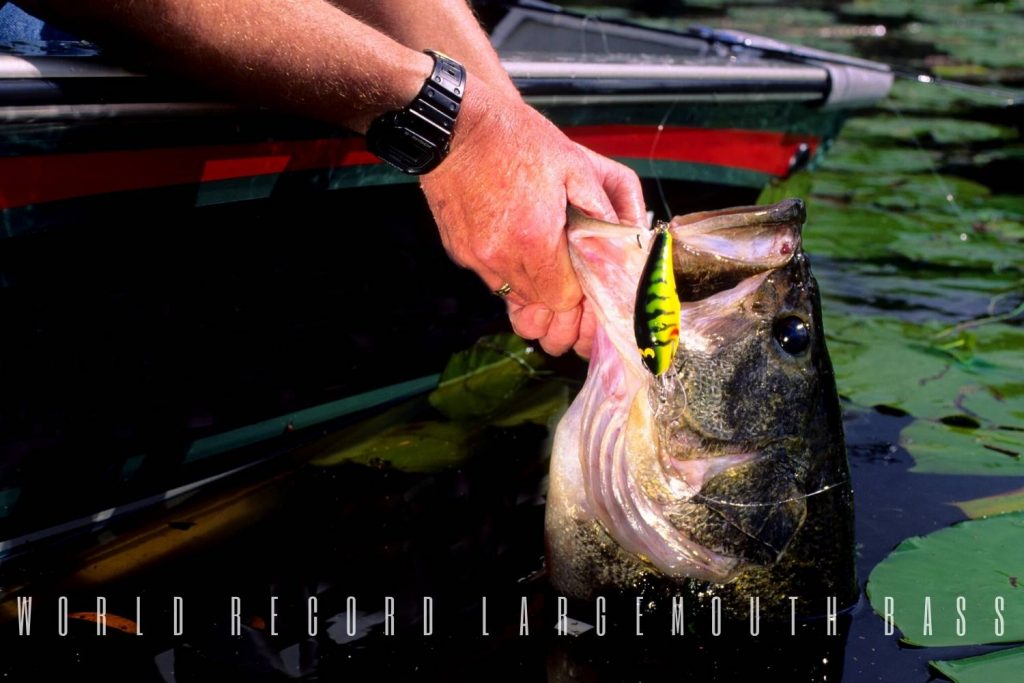 The largemouth bass has long been a favorite species to catch in any form of angling. 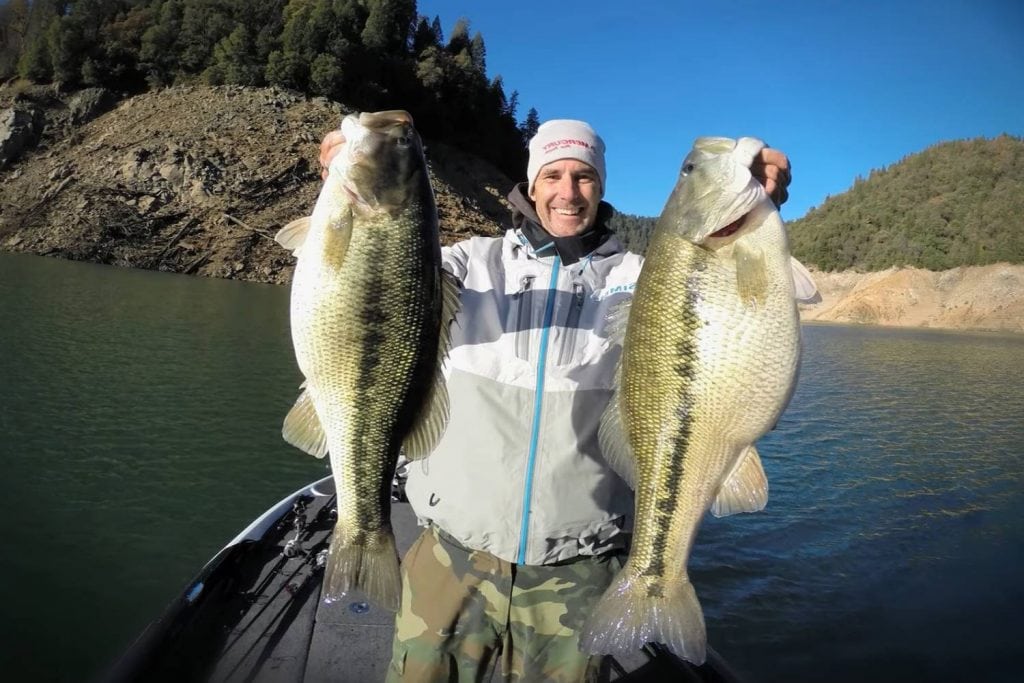 The All-Tackle largemouth bass world record, which is the holy grail of world records, is a massive monster of 22 pounds 4 ounces (10,16kg). George Perry caught the biggest largemouth bass over 89 years ago on the Montgomery Lake in Georgia. This record largemouth still stands to this day.

This world record bass was caught on a Creek Chub Fintail Shiner, off a small little wooden boat that George Perry had built.

There have been some close competitors over the years, but nothing has beaten George Perry’s world record largemouth bass.

Raymond Easley caught his record bass of 21-pound, 3-ounces on March 4, 1980, in Lake Casitas, CA. This was the biggest largemouth bass caught since George Perry’s bass. Raymond caught it on a live crawfish.

Dan Kadota caught his 20 pounder out of the Castaic Lake, CA, in 1989 using a live crawfish as bait.

Conventional fishing tackle has produced the largest recorded largemouth bass in the world. All the anglers caught most of these fish on live bait, showing that the most natural bait selection is the best method. 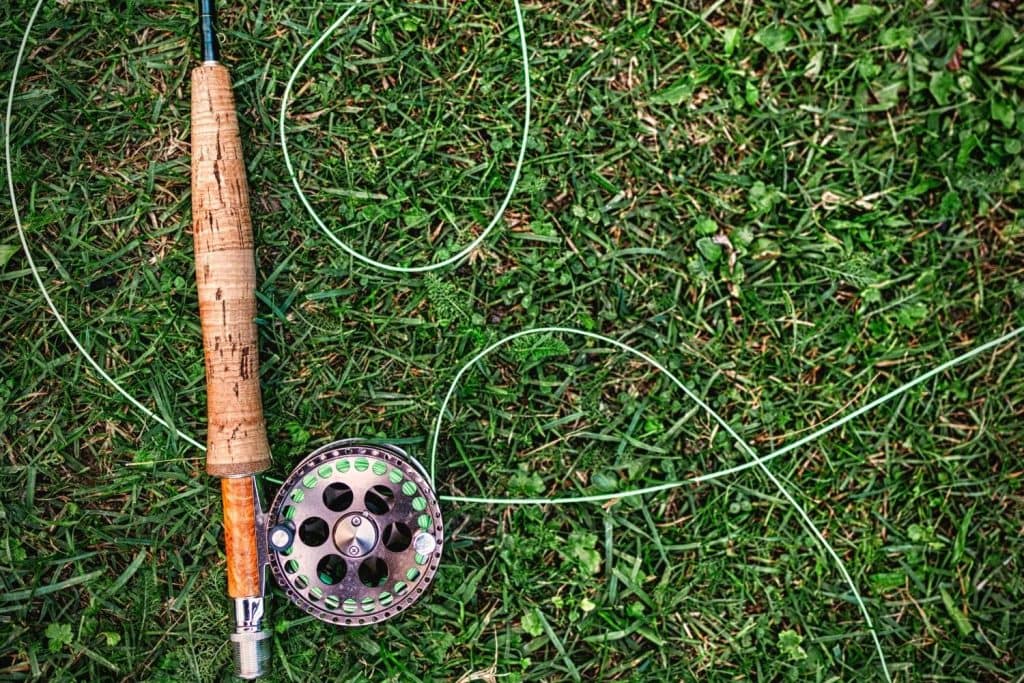 Fly fisherman Larry Kurosaki is the record holder for the biggest largemouth bass caught on a fly rod. The 16-pound, 12-ounce lunker was caught while fishing Castaic Lagoon on February 26, 2009.

While a largemouth of this size is certainly noteworthy, the impressive fact about Kurosaki’s record is that Kurosaki caught it on a fly fishing tackle.

Kurosaki’s 16-pound, 12-ounce fish, is the largest fly caught largemouth bass ever recorded by the IGFA.

Kurosaki was fishing a self-tied minnow imitation when the beast smashed his fly. The big bass fought well and was brought to the net in under 7 minutes. It was later registered in the world record books as the men’s 8-pound tippet class record.

Kurosaki quickly weighed the big bass with a certified scale, documented the fish onshore, and released it successfully to fight another day.

What is a largemouth bass?

Largemouth Bass (Micropterus salmoides) is the most popular freshwater gamefish in North America. All anglers favor them to catch on light tackle, and to catch them on the fly is the ultimate.

Boasting a striking completion of colors and spots, they are among the top predators in a natural ecosystem.

The largemouth bass is solitary fish; even though they can be found in small shoals when smaller, there is plenty of food available.

They are usually the apex predator in their habitat, using rocks, water grass, and lilies to hide under, striking out at their prey whenever the opportunity presents itself.

They prefer calm, warm waters but are pretty adaptable to most environments; they can be found in rivers, lakes, ponds, reservoirs, and streams.

Adult largemouth bass eats anything from small minnows, perch, and sunfish up to frogs, crawfish, and even small aquatic birds.

Where to target largemouth bass 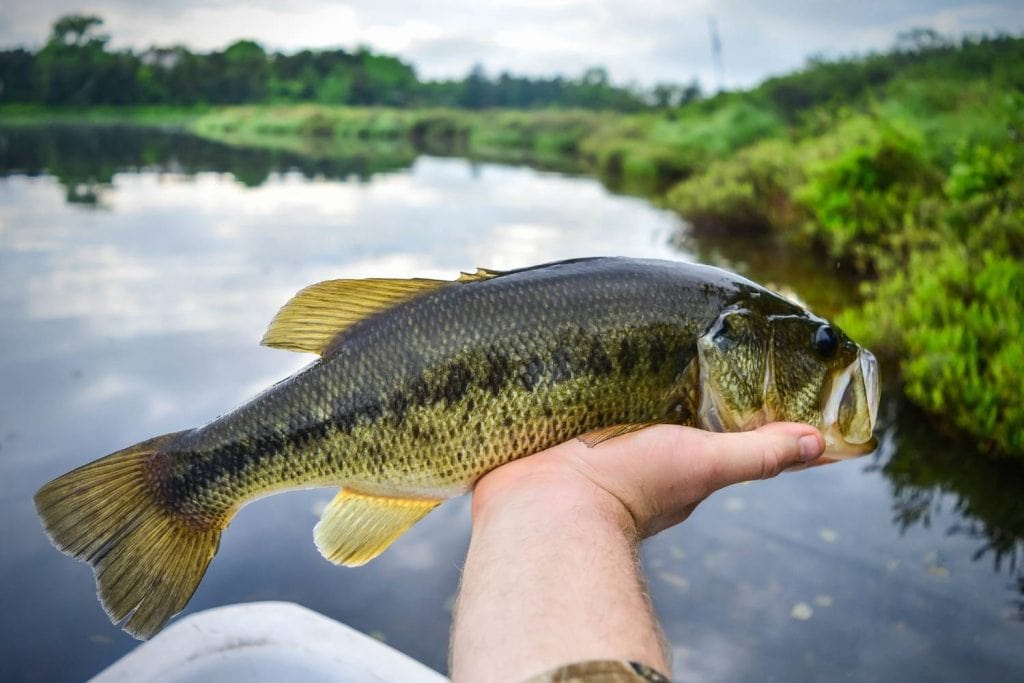 They typically hold in locations that provide cover in the form of thick vegetation, brush, fallen trees, or any wood cover. They sometimes feed out in the open, but this is an exception to their main feeding habits.

Your best bet to catch that trophy bass is to focus on the vegetation and work the almost unfishable areas. The best is to use a fly with a weed guard and get right up in those Lilly beds.

Tips for catching largemouth bass on a fly rod

Fish for bass during low light hours. Yes, you can catch bass throughout the day, but you really up to your success rate if you fish early and fish late.

Don’t trout set with bass. ‘Trout set’ is when you lift your rod to strike as you would when catching trout. Rather strip set the hook like when you are fly fishing in saltwater.

Be sure to cover the big bodies of water. Instinct tells us to focus on the overgrown small concentrated bodies of water, but those bigger lakes hold some monsters. Break the water system down and fish it in sections taking notes on all structures and surroundings.

You can also check out our Best Fly Rod For Bass so you can pick the perfect fly rod for you.

When you fish topwater flies like bugs and poppers, allow the tracking bass to look at the fly. More often than not, we tend to strip faster when we see a bass following our fly and eventually run out of water with no take. Try pausing the fly for a few seconds, and often they will eat as soon as you start the strip again; it’s amazing to watch!

When the sun sets, use bigger flies. After dark or low light conditions, bring out hose 10 wt rods and muskie-sized streamers.

Don’t overlook the deeper pools. The big bass like to hold in these pools. Use and sink tip fly line to get that streamer down to them. 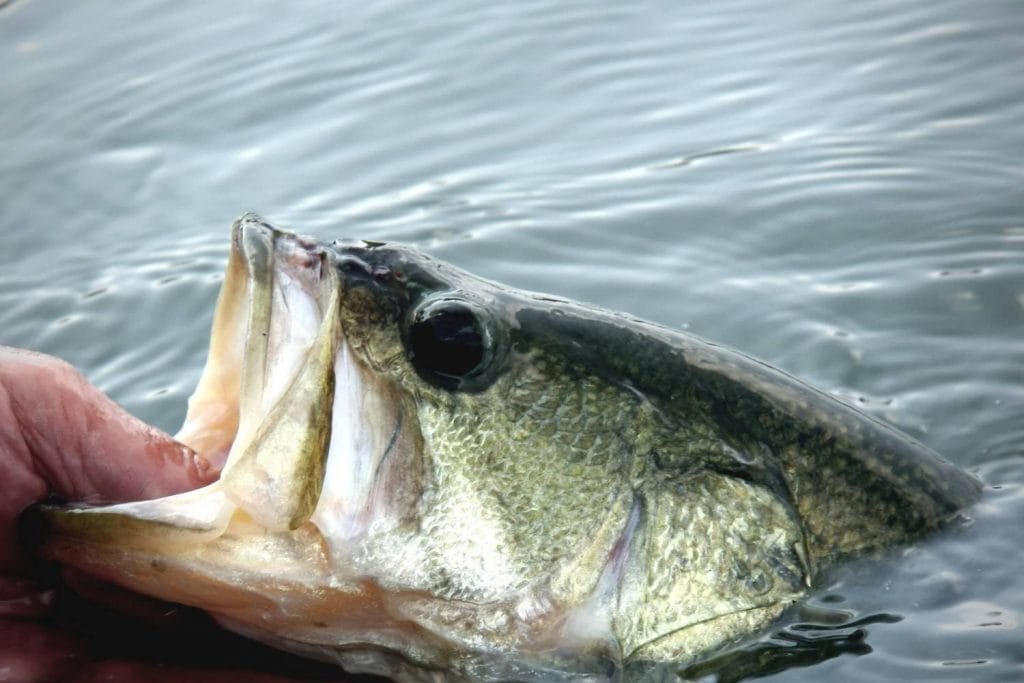 I will tell you right now; most confessed trout purists secretly love to catch bass.

They are awesome fish to target on both top and bottom fly setups. They can be super technical to catch but hit your fly with a power that not much other freshwater fish can match.

In my mind, they are a worthy species that demands your respect. 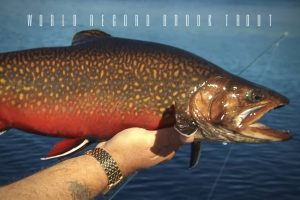 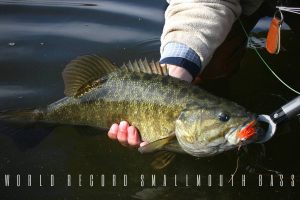 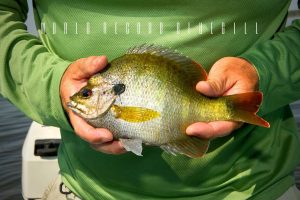 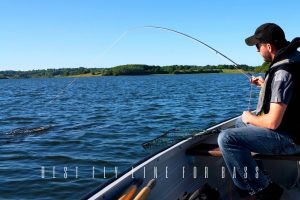 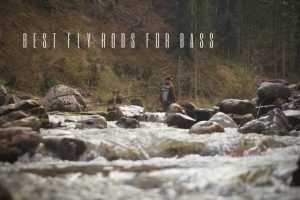 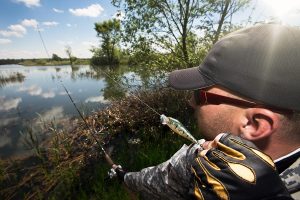