The surgeon’s knot is one of the quickest and easiest fishing knots to tie when joining two lines of a similar diameter. It’s an evolution of a reef knot used in sailing which is now widely used in fly fishing to create a leader or attach a tippet. 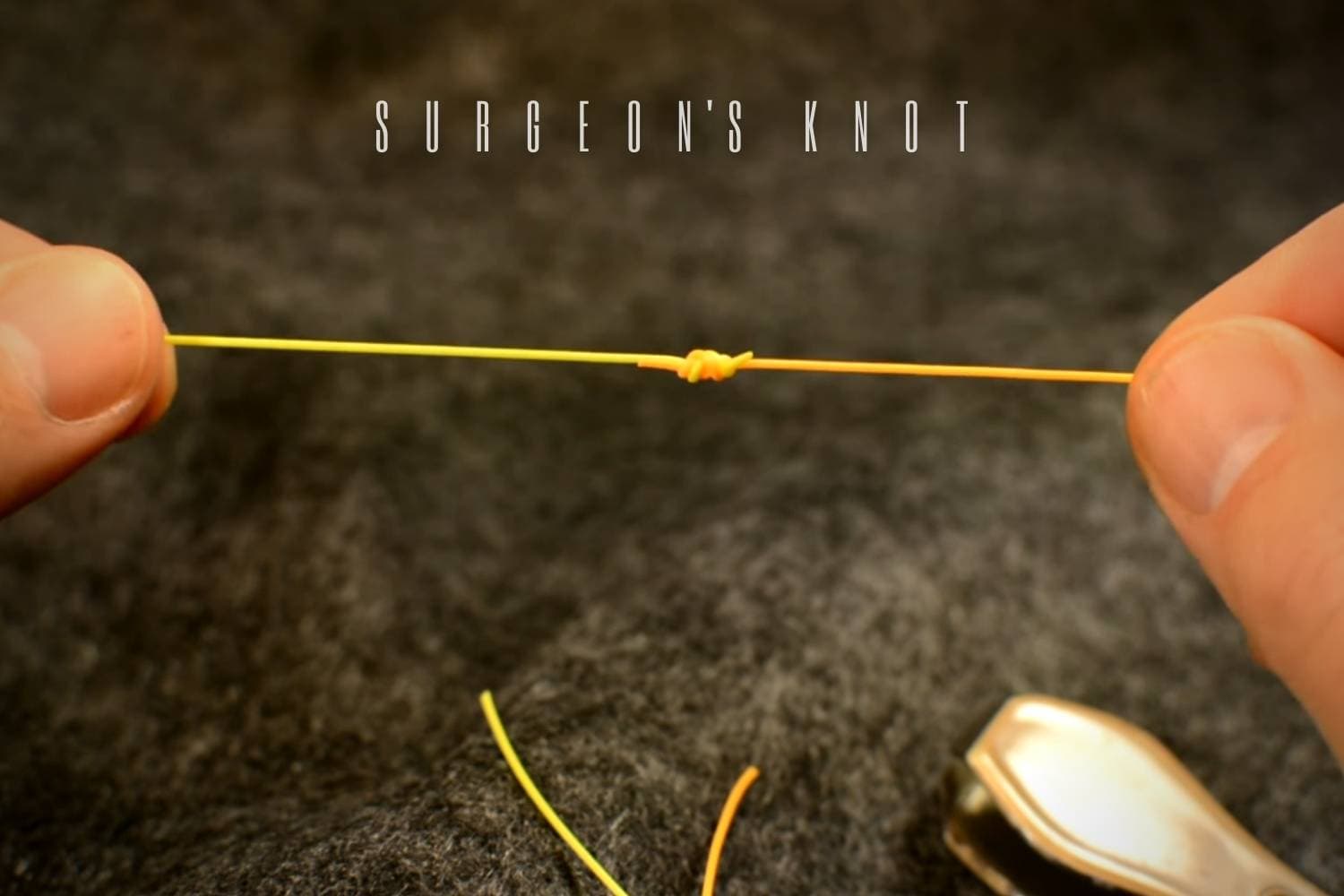 How To Tie A Double Surgeon’s Knot

Tying the double surgeon’s knot is incredibly easy, requires no tools, and consists of pretty much a few overhand knots. It only stays strong when tied with lines of two similar diameters, so don’t use lines with unequal diameters or the knot will slip. 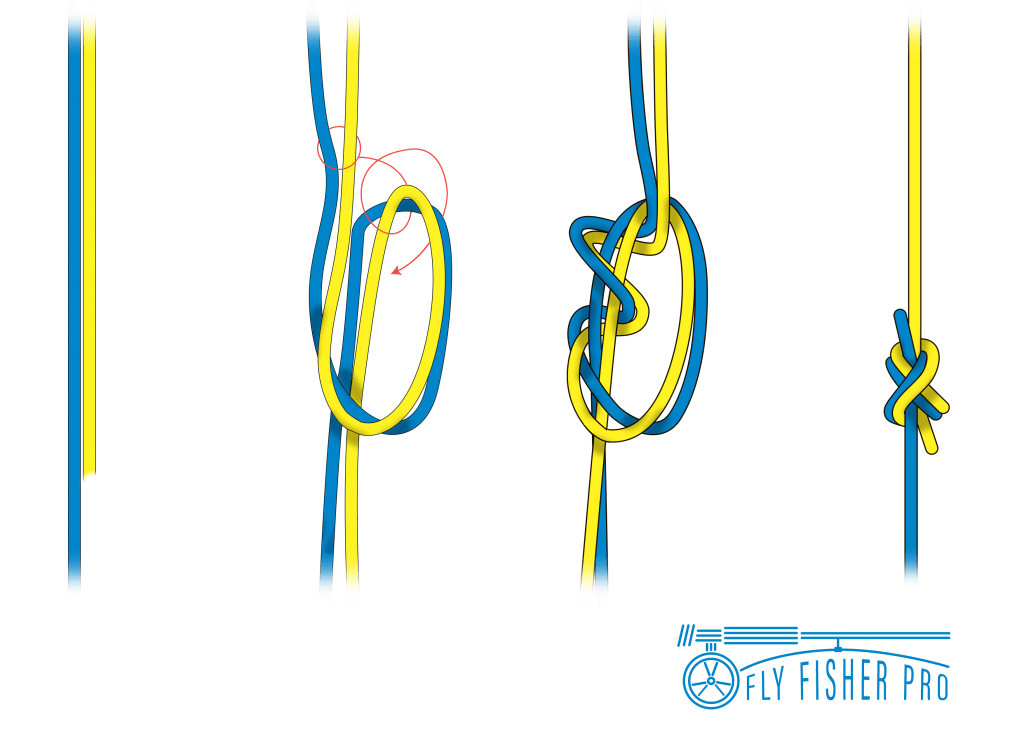 Lay your two fishing lines out so that they overlap by about 6-8 inches, for example, your leader and your tippet line. Fold the line together to form a loop in the lines.

Now take the tag end of your tippet and the entire main line of the leader and pass them through the loop two times. This will form a double overhand knot.

Moisten the line with saliva or water and start pulling all 4 line ends in the opposite direction to seat the knot. It’s that easy and as you’re pulling you’ll notice a neat knot starting to form.

You now can trim the tag ends if you were attaching a tippet to a leader or you can leave the tag ends long so they may be used as a dropper rig for fly fishing or conventional fishing.

Triple Surgeon’s Knot -How to tie 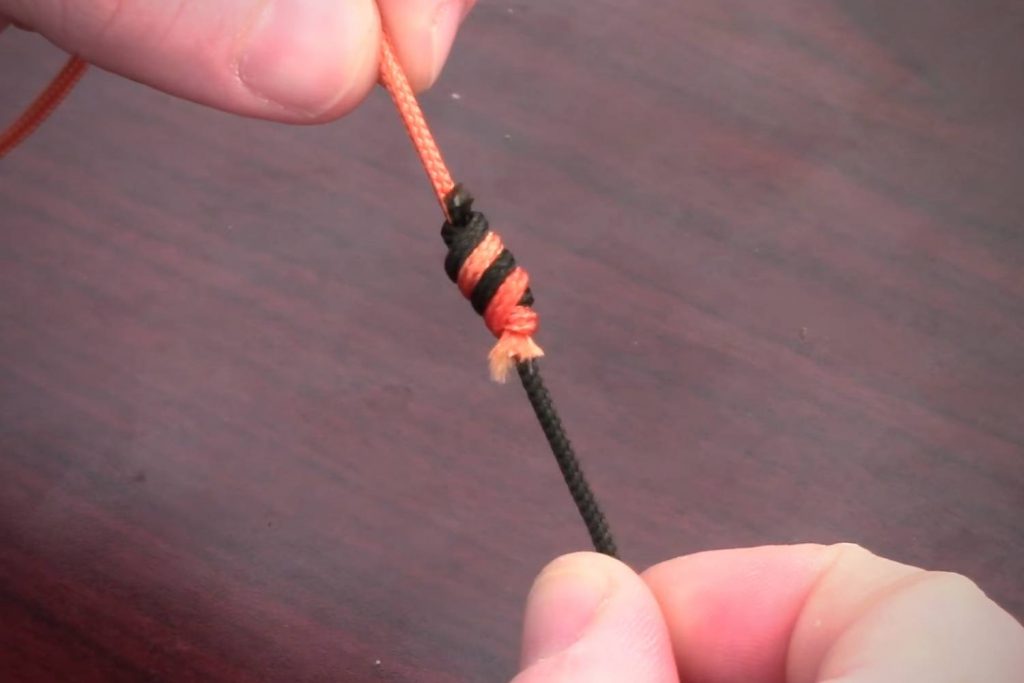 Tying the triple surgeon’s knot is just as easy and instead of doing two overhand knots, that’s two passes through the loop of the tag end and the entire main line of the leader, you do three, so a triple overhand knot. The finish the same, trim the tag end for a smooth leader, or not if you’re making a dropper rig to attach a nymph fly to.

Here is a video showing you how to tie the surgeon’s knot.

How strong is a surgeon’s knot?

When tied correctly the surgeon’s knot is very strong and can achieve 100% knot strength. This means if you’re fly fishing with a 10lb line connected to a 12lb line with a surgeon’s knot, it will break at 10lbs.

What is a surgeon’s knot used for?

We have already touched on this, but I’ll say it again – it’s most useful and effective for tying two lines of similar diameter to make a leader.

It’s also one of the best knots for tying a dropper rig. You can add as many surgeon’s knots as you like to your tippet and if you keep the ends long enough, you can add a fly to each of the ends, so you can fish more than one fly.

I’m always tying this knot and fish at least 2 nymphs wherever I am.

How strong is a triple surgeon’s knot?

This knot is just as strong as a double surgeon’s knot when both are tied correctly hitting 100% knot strength. The main difference is that the triple has less chance of slipping due to the extra turns through the loop during the tying process.

For a step by step guide, you can see our post here on tying the surgeons loop knot fishing.

What is the best knot to tie a leader to a fly line? 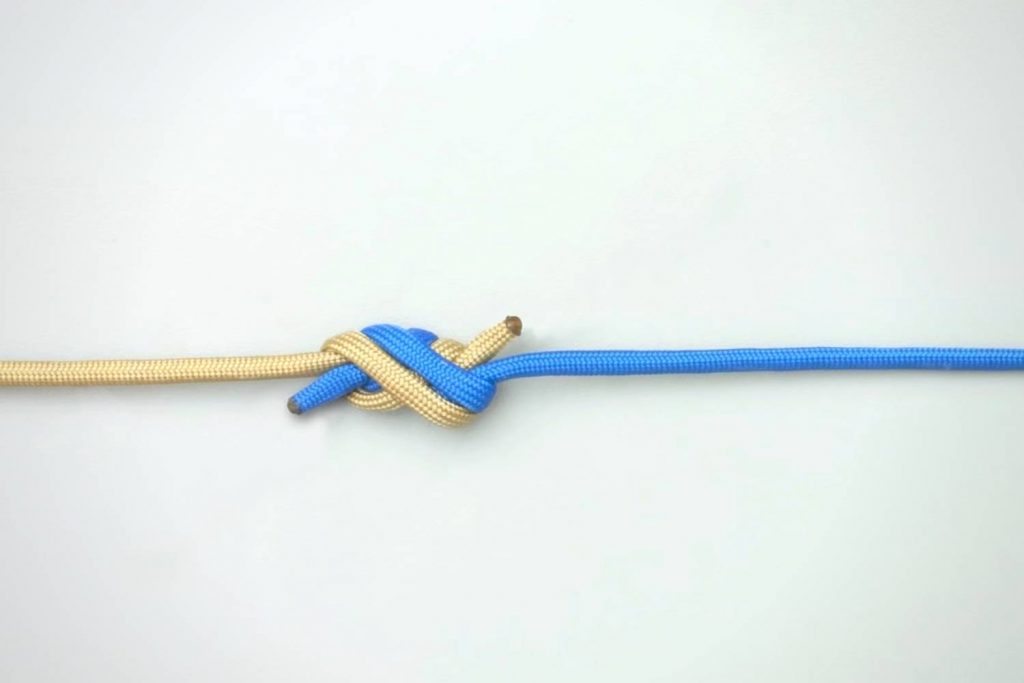 Tying a leader to a fly line correctly is critical if you want to end up landing any fish at the end of the day. The top knot for it depends if your fly line has a welded loop attached to the end and how big a fish you’re after.

If your fly line does have a loop and you’re fishing in saltwater, tie a bimini to create a loop and then make a loop-to-loop connection to the fly line. If you’re in freshwater without a welded loop tie a nail knot using your tools. Do not use the surgeon’s knot. 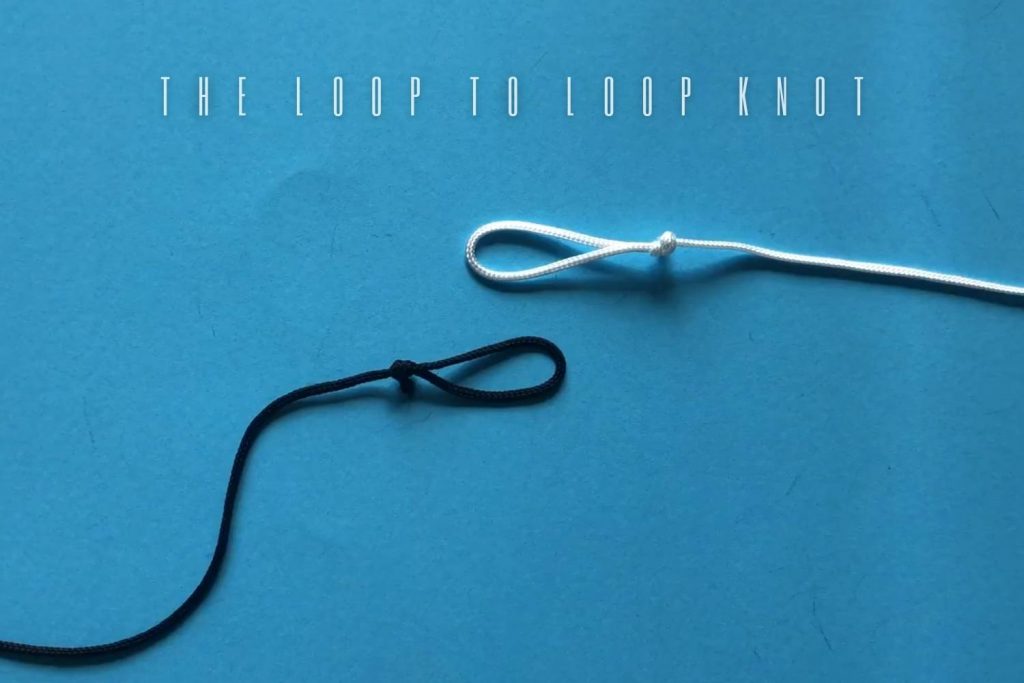 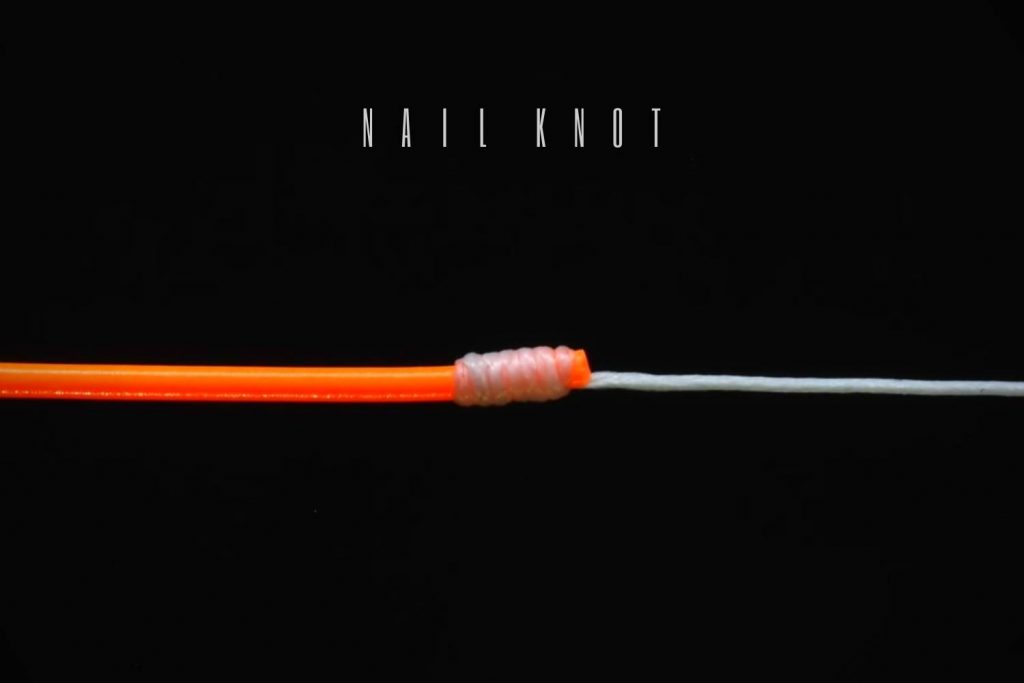 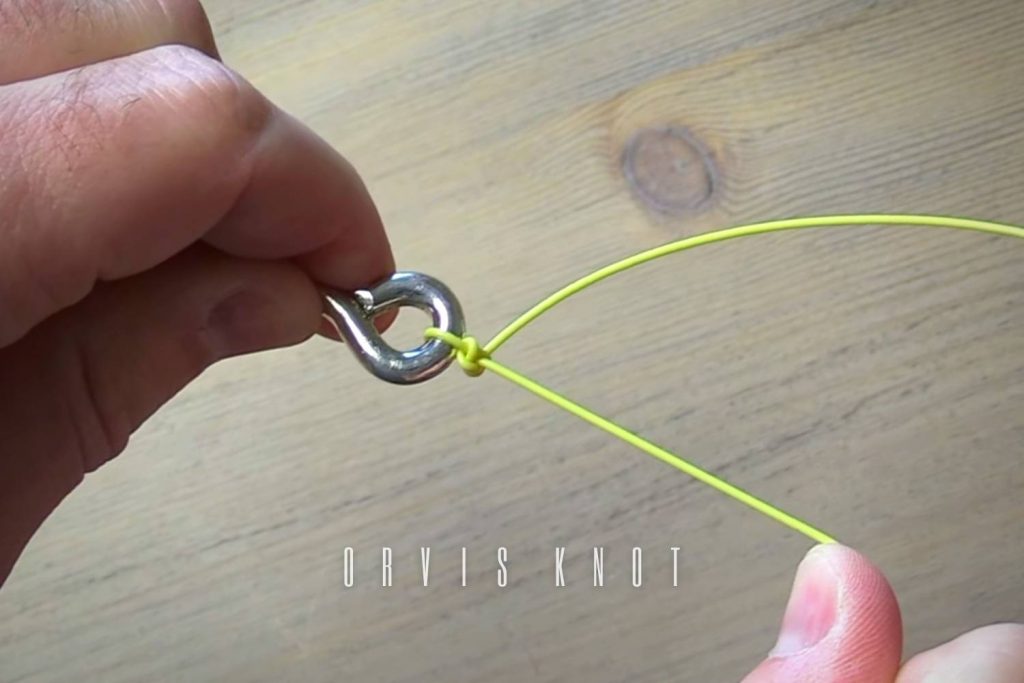 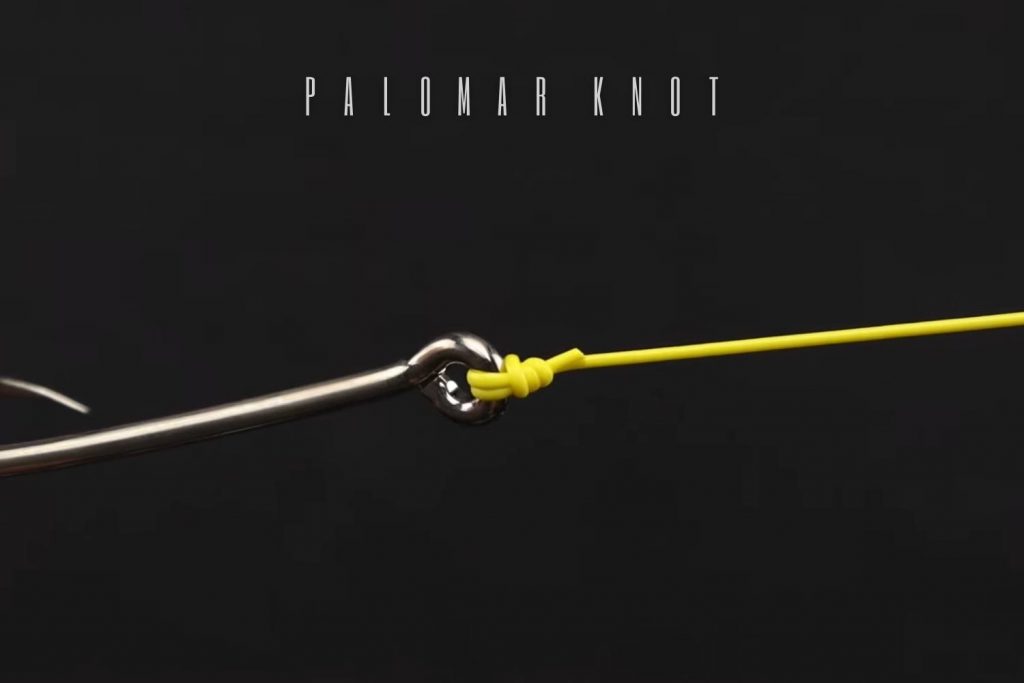 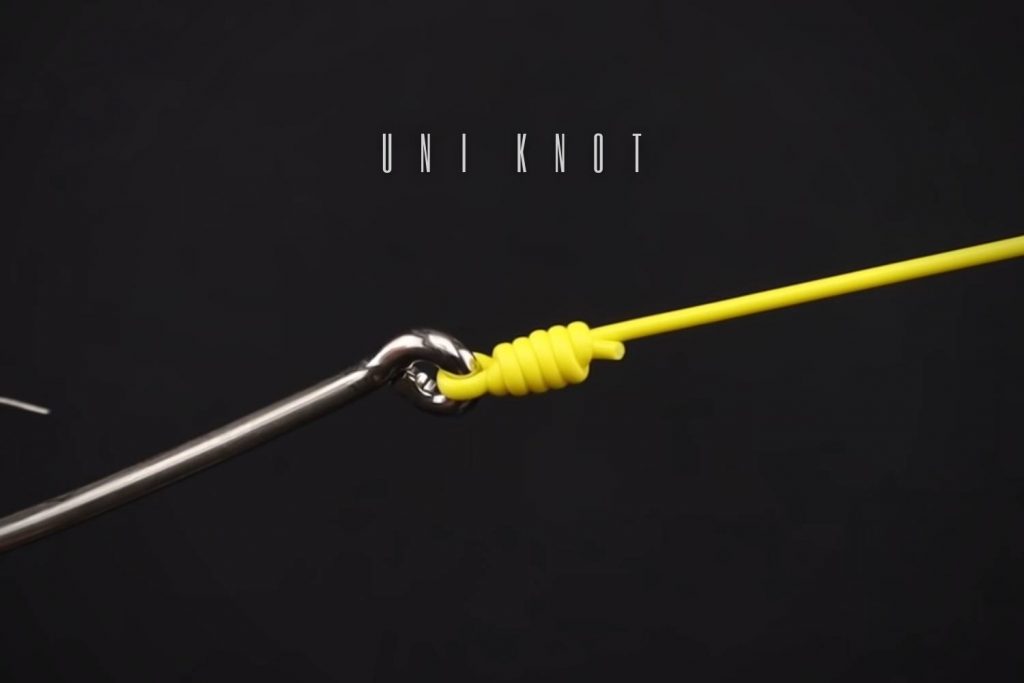 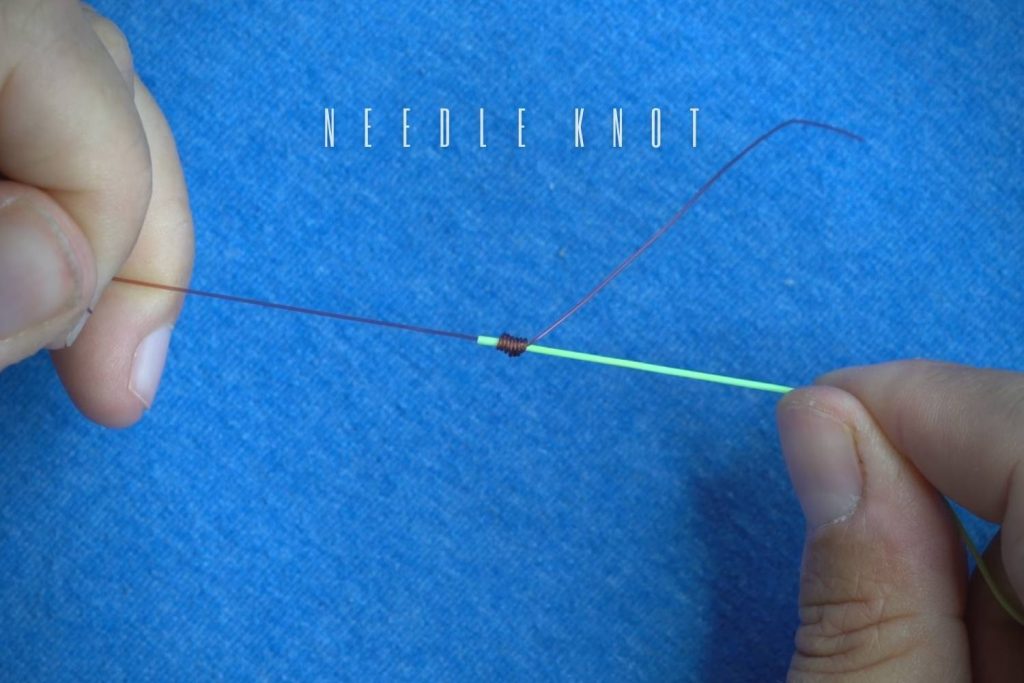