The Pheasant Tail is probably one of the most iconic nymph fly patterns ever tied and fished in fly fishing. It is made to imitate the nymph stage of a mayfly; the American pheasant tail nymph could also be mistaken as a stonefly if tied in larger versions with longer pheasant tail fibres. 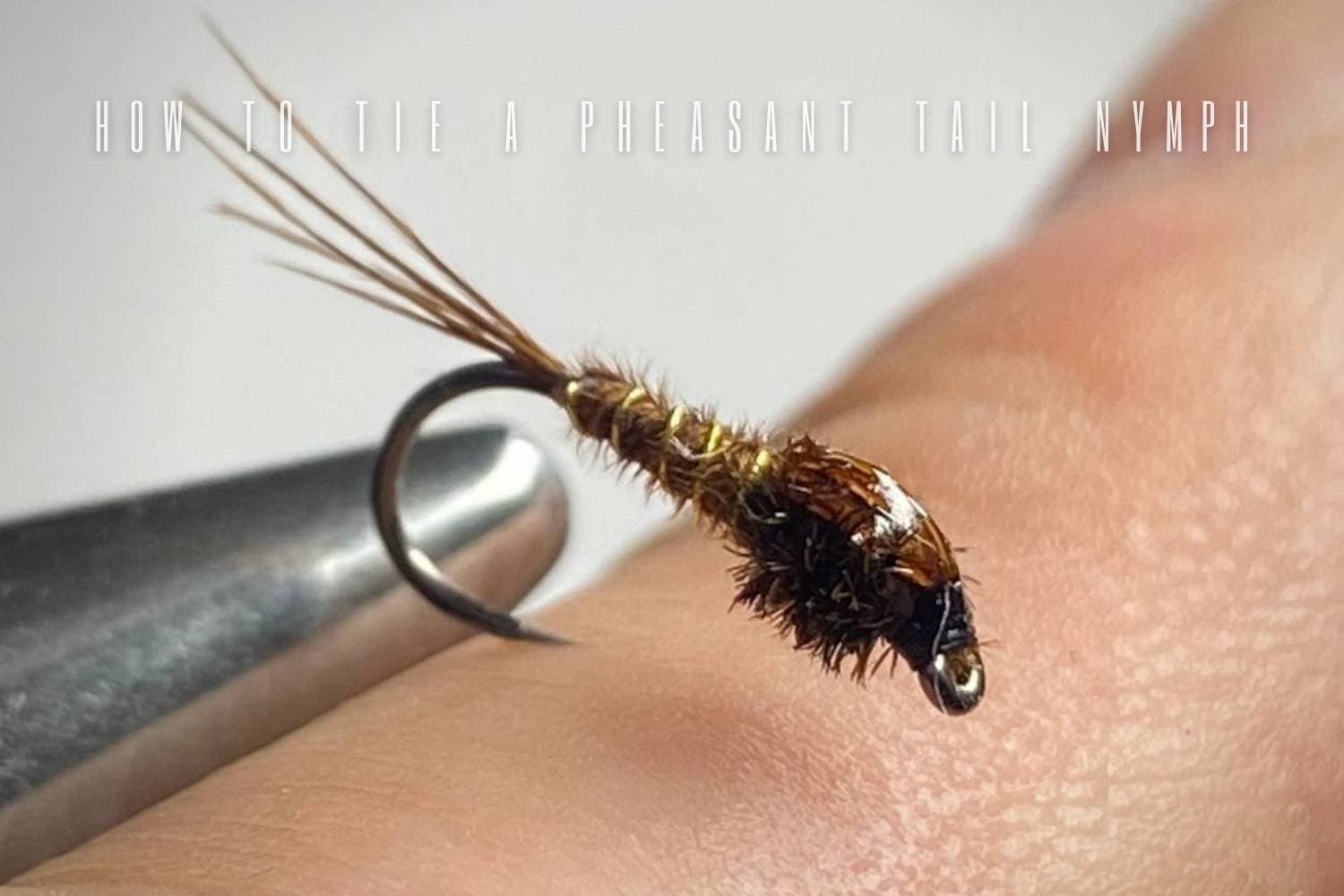 It is one of the first patterns that a novice fly tyer should learn when starting in fly tying, and once you have mastered the key elements to what makes it so deadly, it opens the tyer up to a whole new range of patterns and techniques.

They can be tied with a bead head and various body materials, thorax, wingcase, and ribbing colors.

The classic version has a pheasant tail feather as a tail and body; the thorax and cover can also be Pheasant tail feather or its often peacock herl. The wire ribbing is usually gold or copper wire, with some of the larger versions being tied in 2x long nymph hooks.

If you have been searching for a fly that will cover most of your river system fly fishing adventures, then the PTN is the way to go. 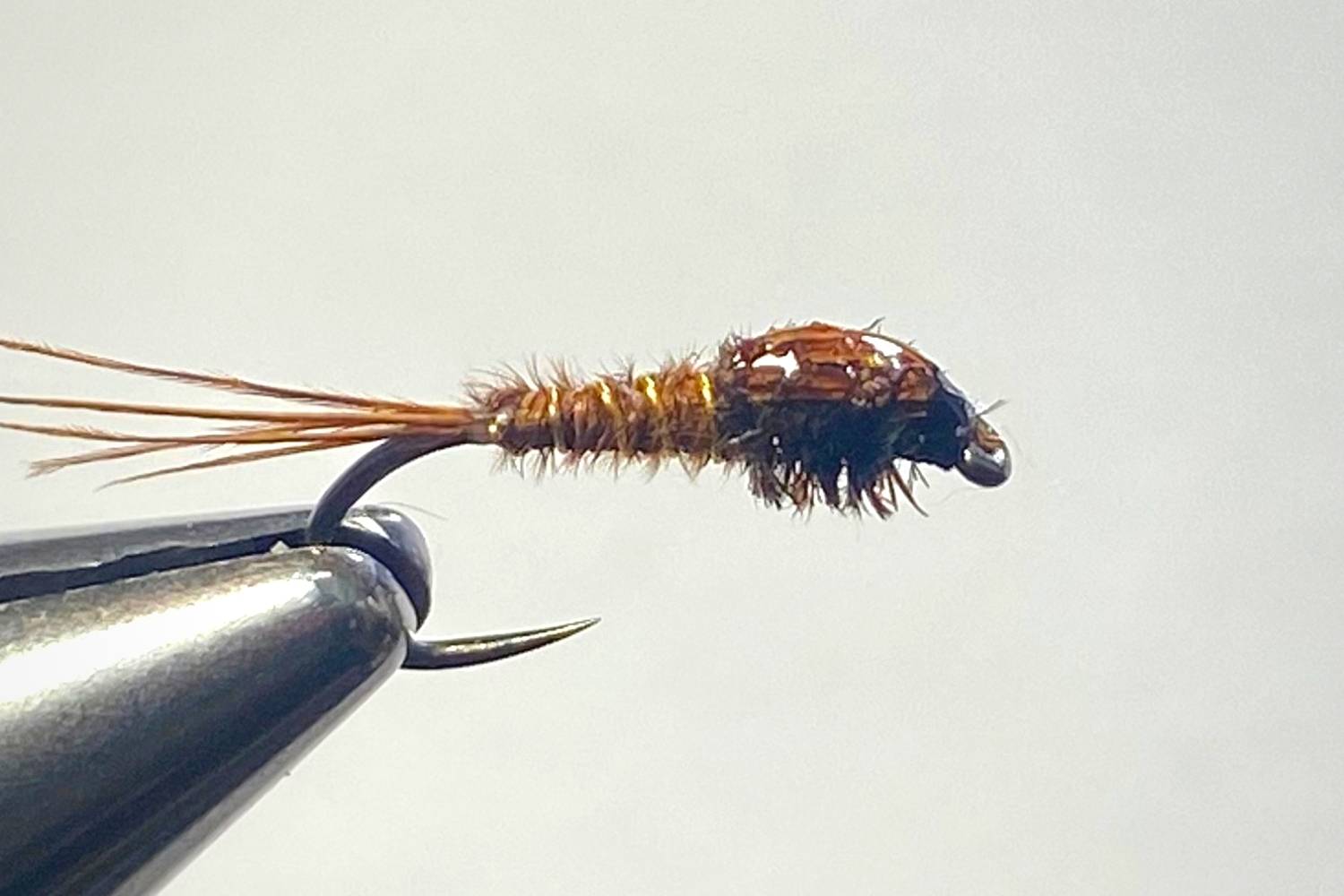 How To Tie A Pheasant Tail Nymph 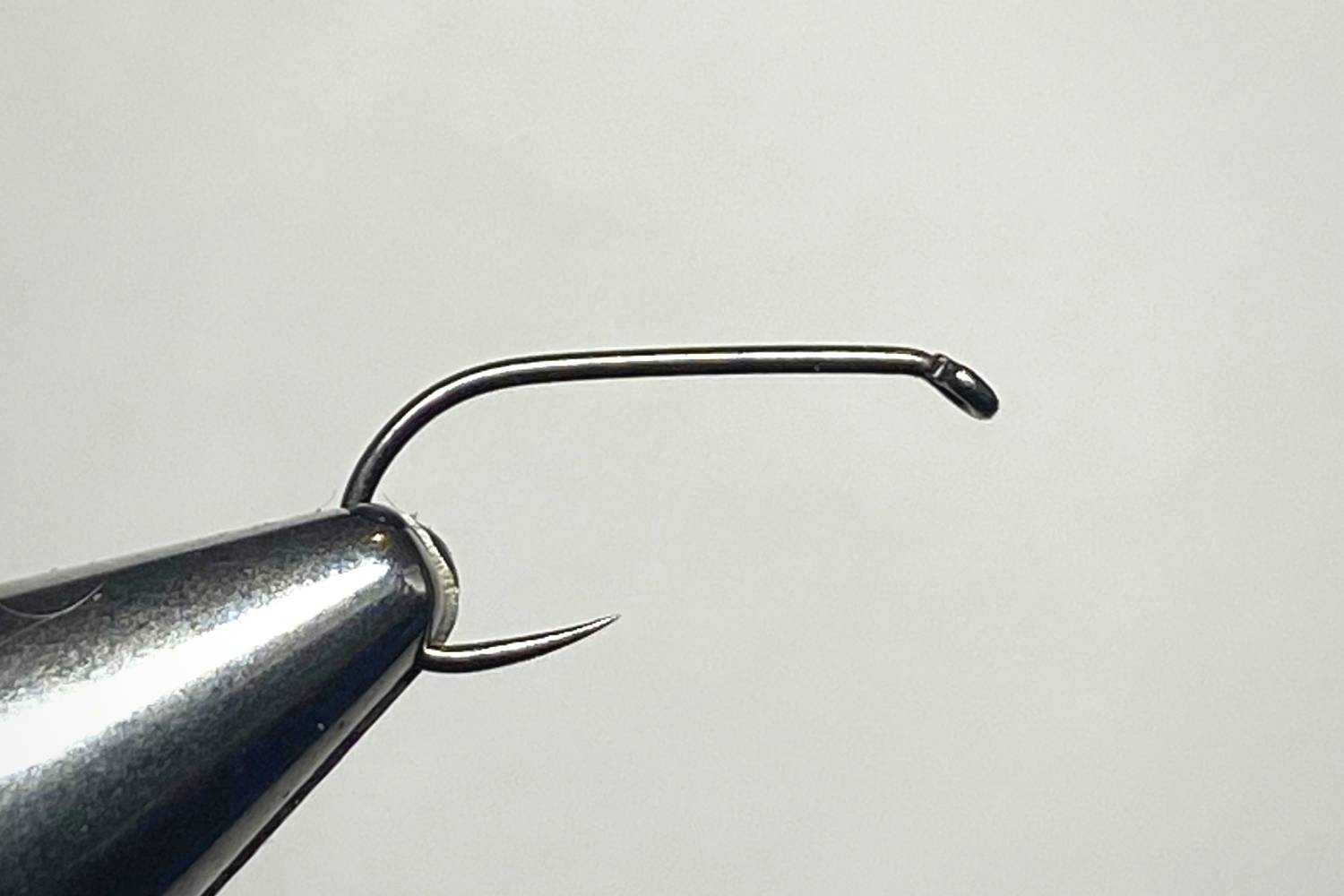 Lock your nymph hook in the vise, making sure it is secure and not too close to the tip of the jaws, as the hook may slip when you apply tension to it. I advocate using barbless hooks where possible to ease the removal and minimise the damage done to the fish.

If you are tying a weighted version, then slide your bead onto the hook shank. If you want to add more weight, you can use lead wire. Make one or two lead wire wraps behind the hook eye before you start tying. 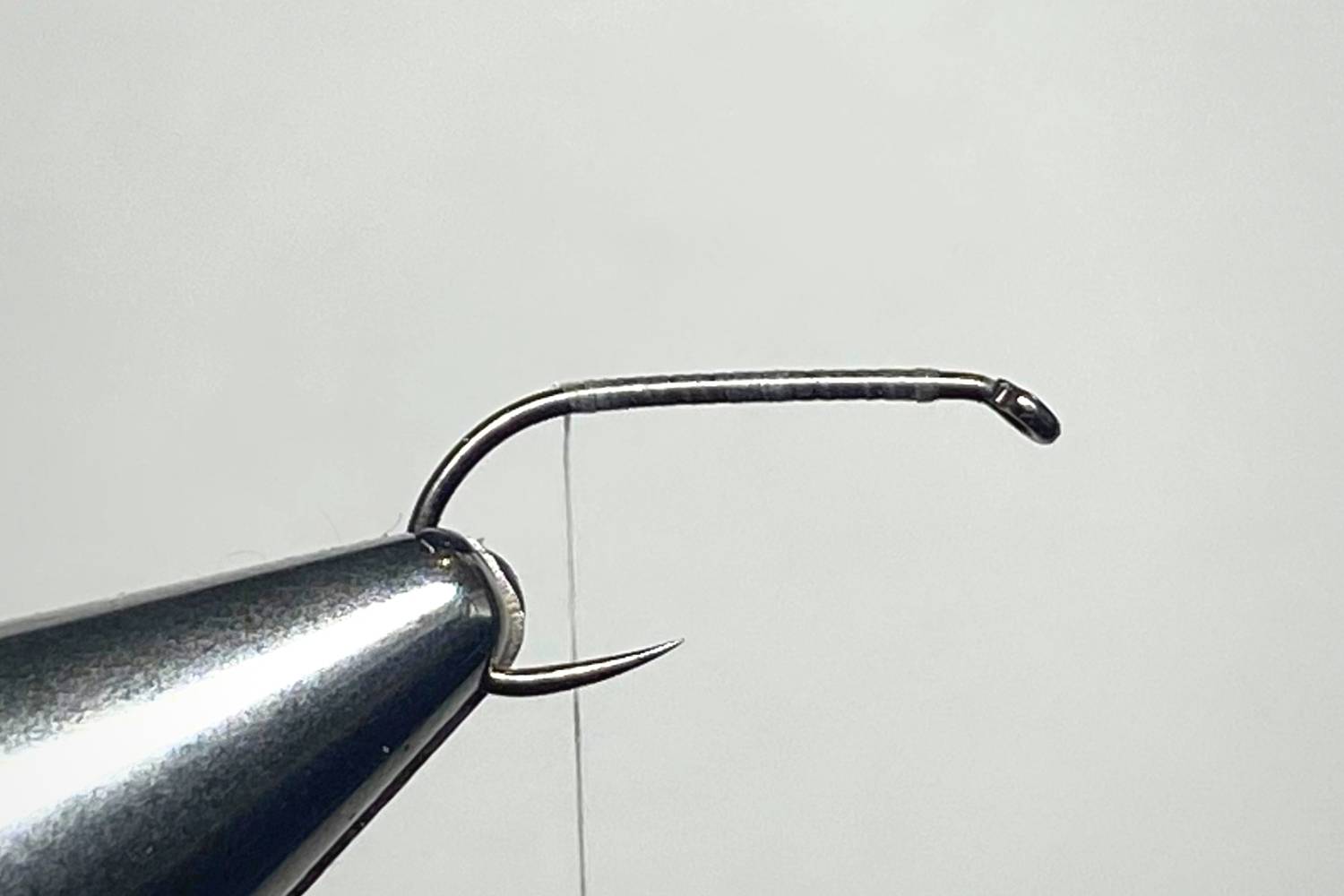 Start the fly by tying in a solid level tying thread base to work with. 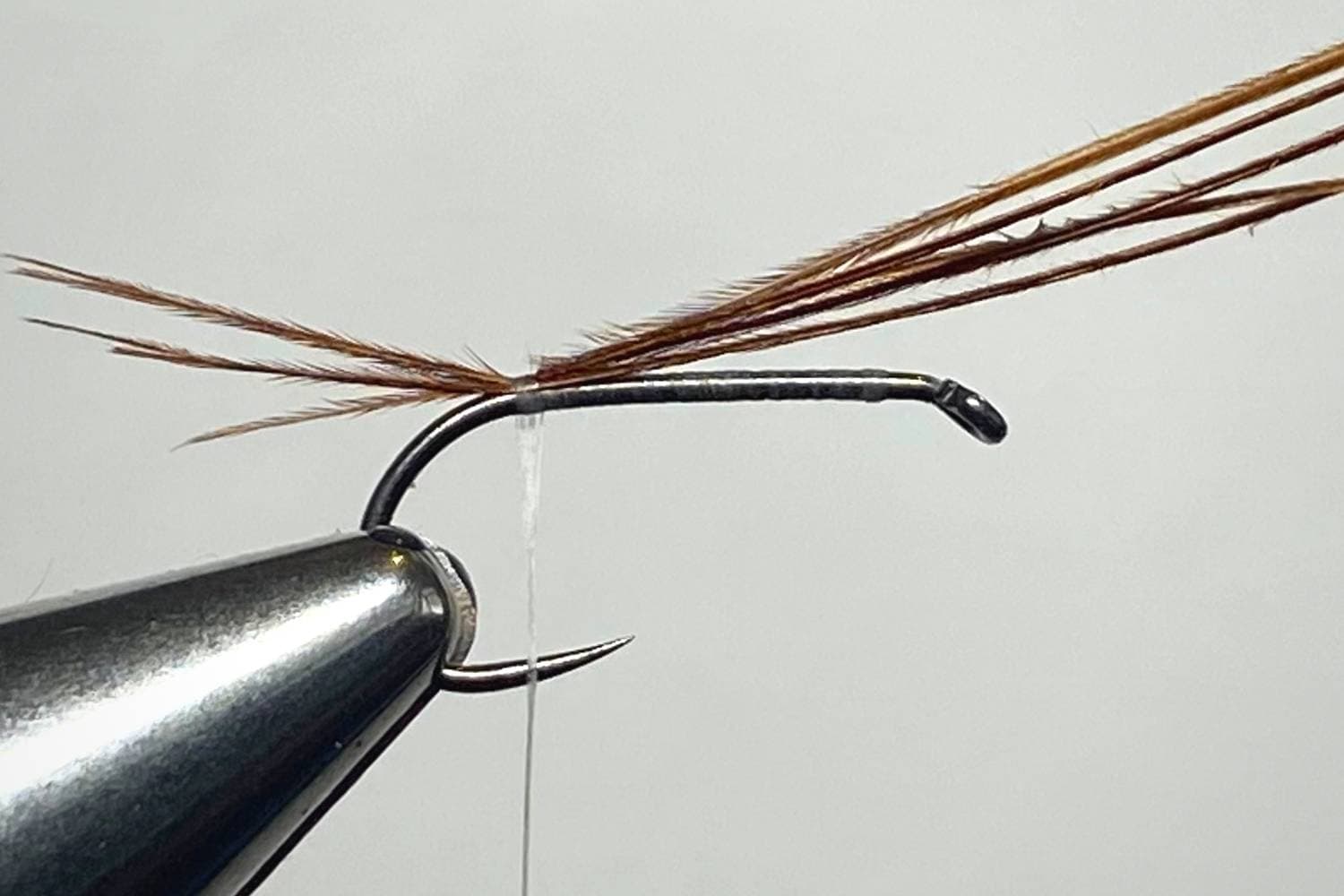 Tie in five dark brown pheasant tail fibres with the tip lengths 2/3rds the length of the hook shank. 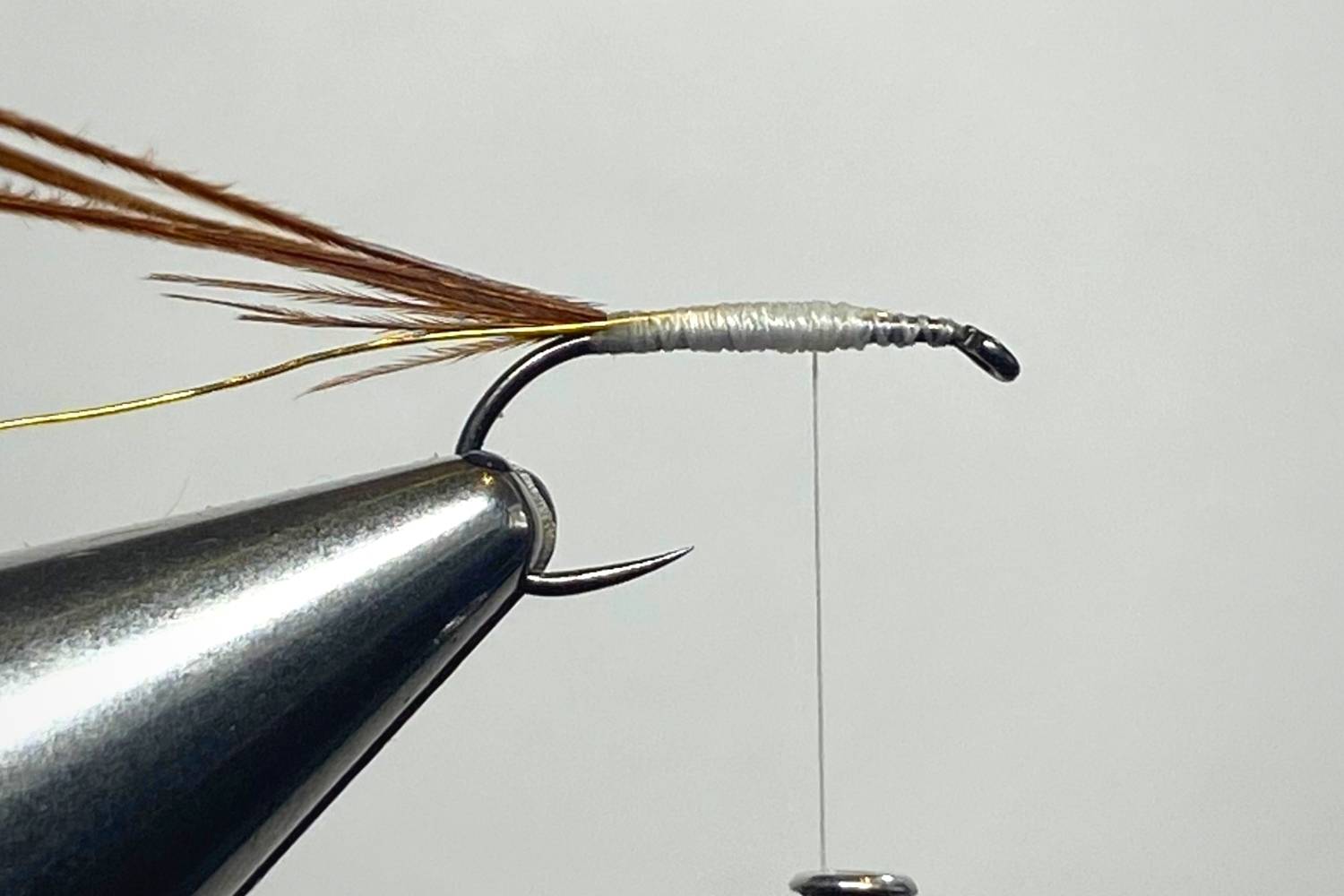 Tie in the gold or copper wire, covering the tag end all the way up the shank with a few thread wraps. 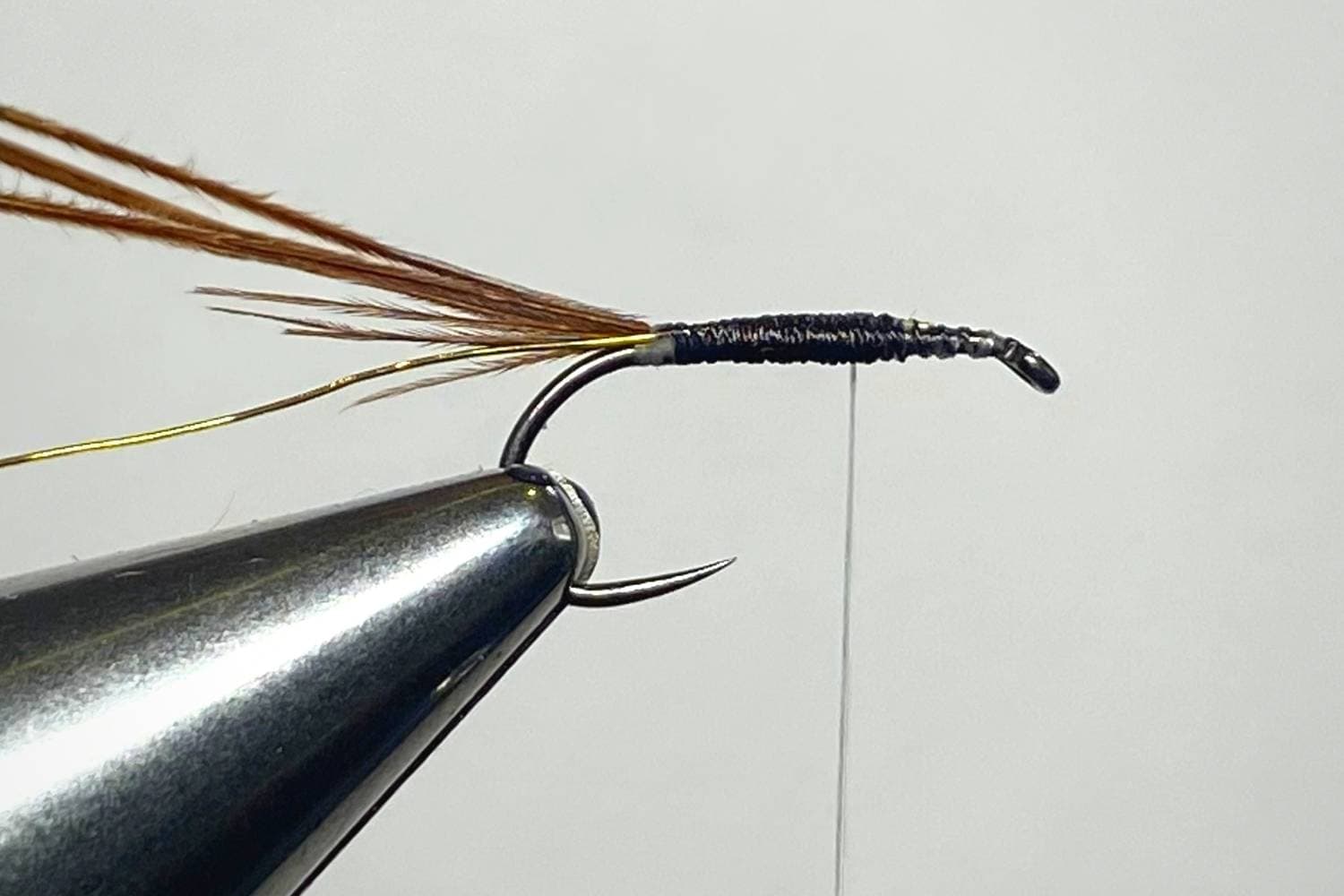 Make a good thread body base creating a gentle taper from head to tail ending with thread 2/3rds up the hook shank. It’s a good habit always to try to get an even thread taper; this helps the overall silhouette. 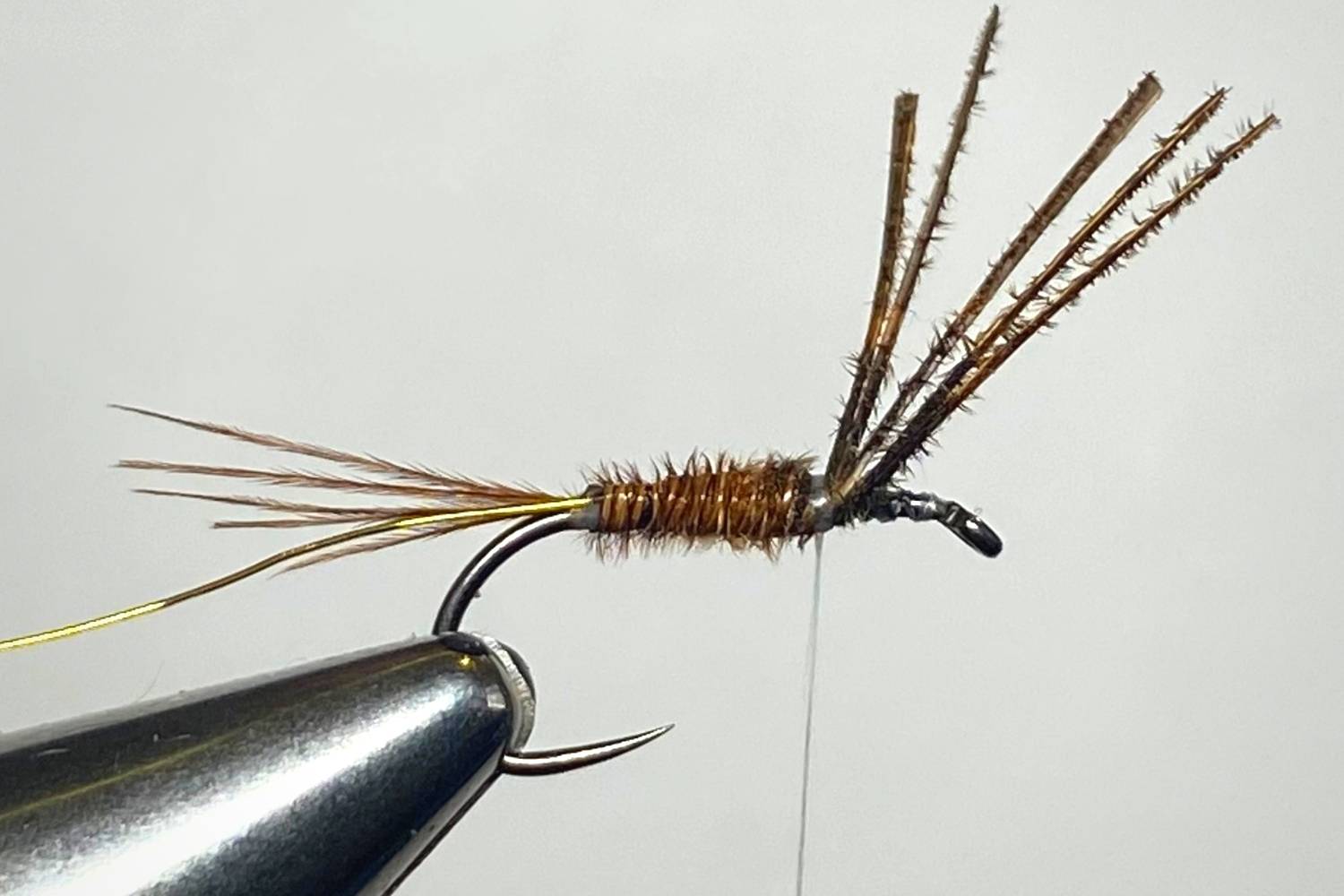 Wrap the pheasant tail tag ends facing forward and tie them off where your thread wraps stopped on the shank. Don’t cut them off, as they will form the wing case. 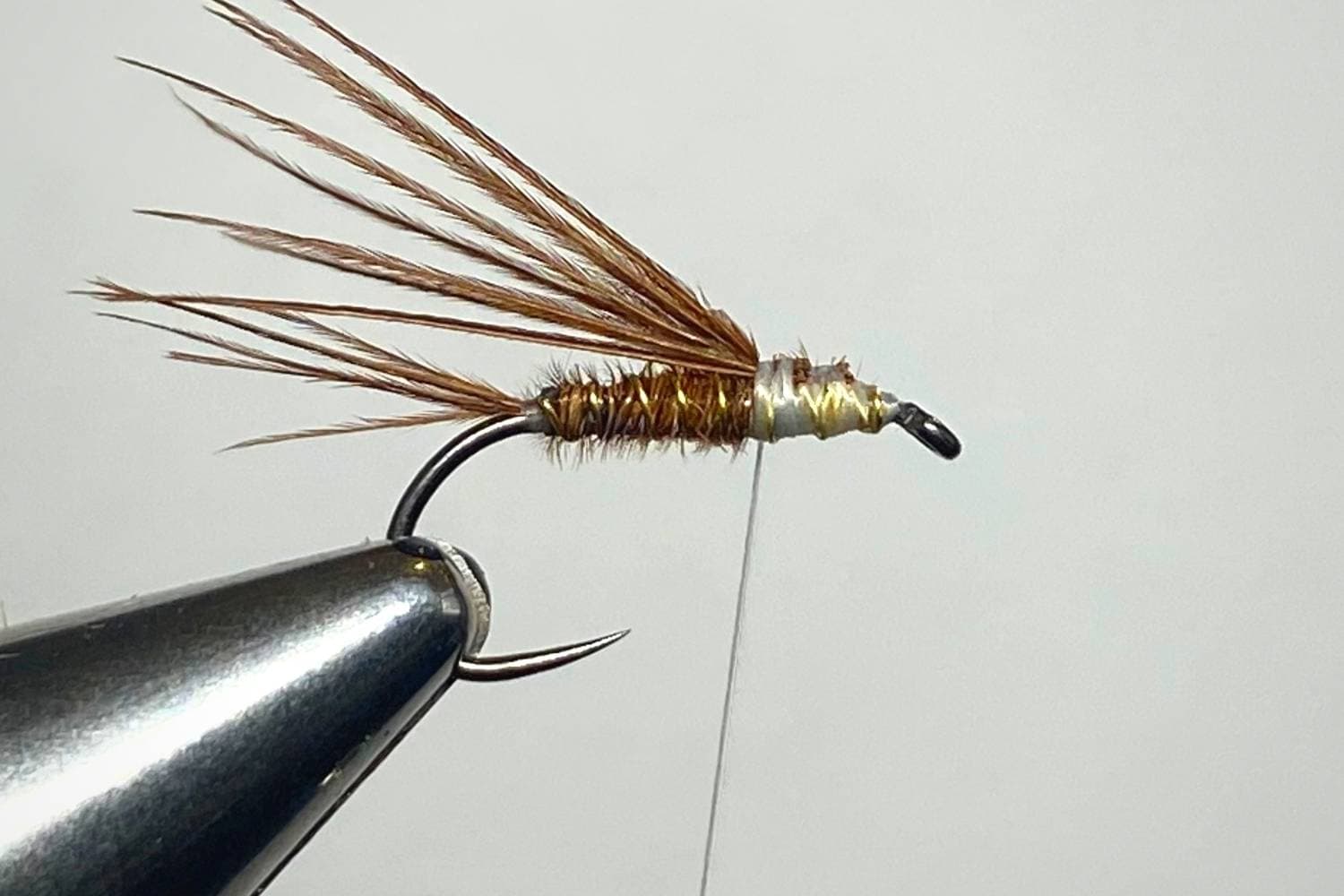 Wrap the rib wire forward in the opposite direction to the pheasant tail creating a visual ribbed abdomen. 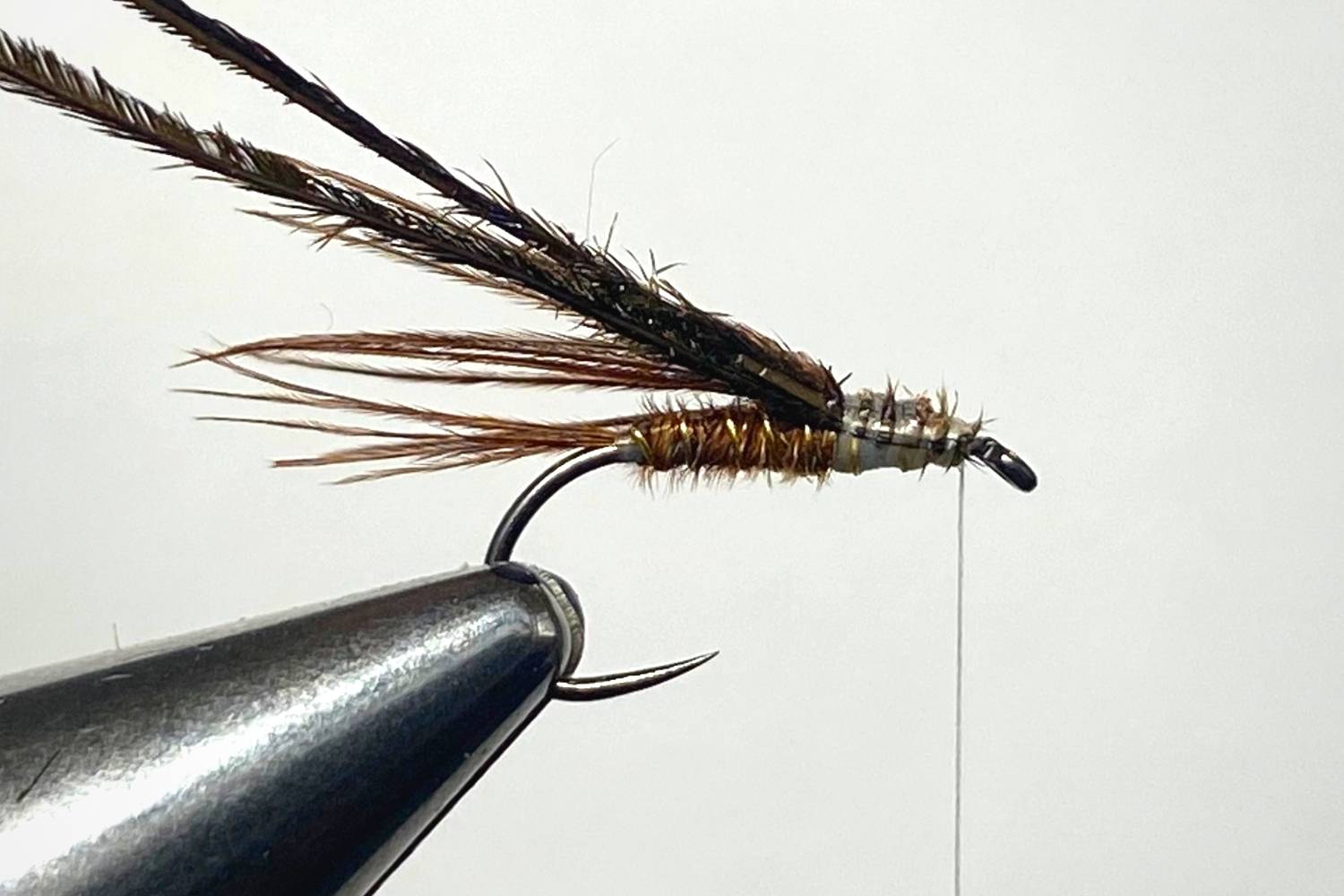 Tie in 3-4 peacock herls in the last space between body and hook eye. 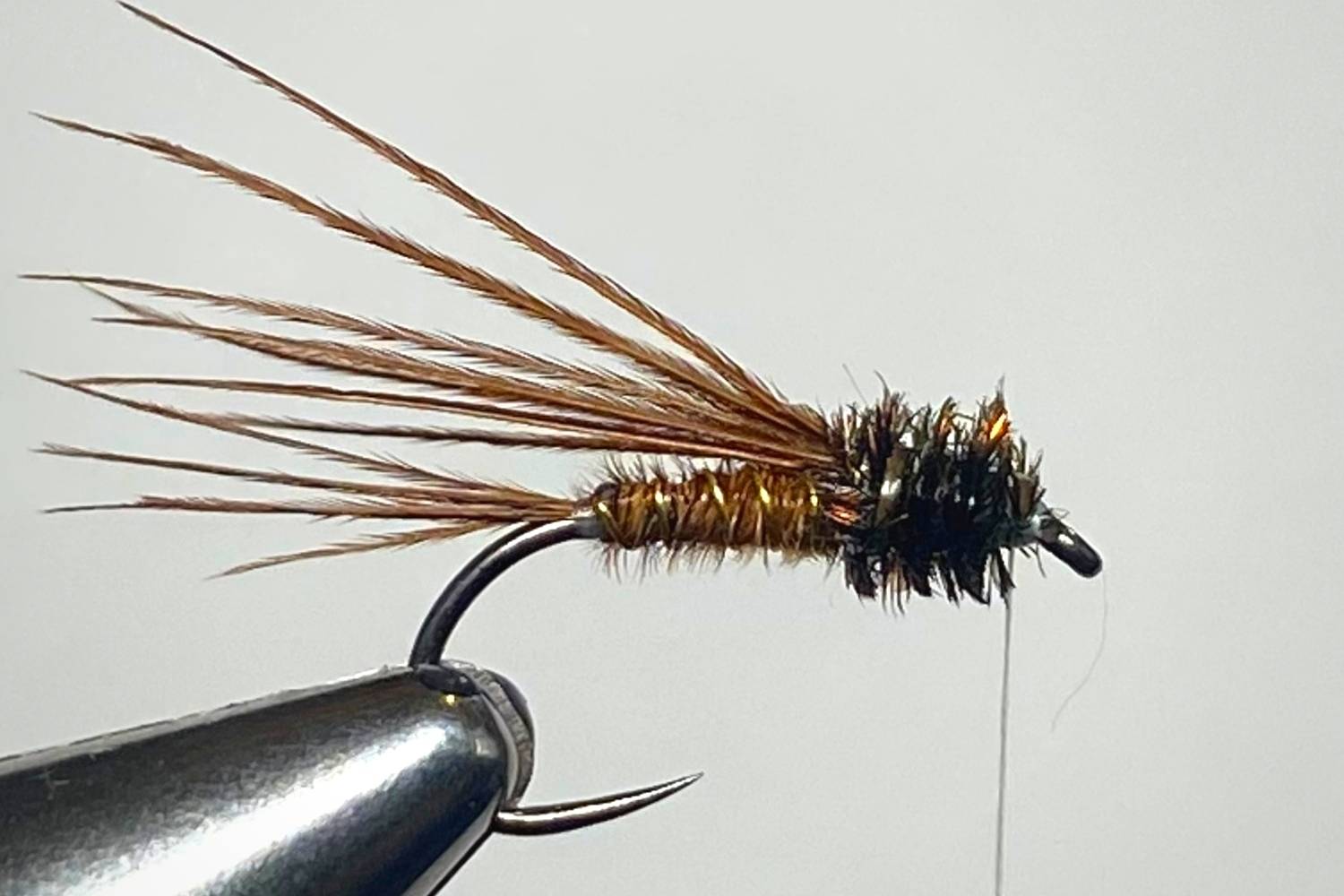 Wrap them forward, making the thorax, making sure non of the herl fibres are trapped as this imitates the legs, ensure you have a good tapered and proportionate body. Tie and trim the peacock material. 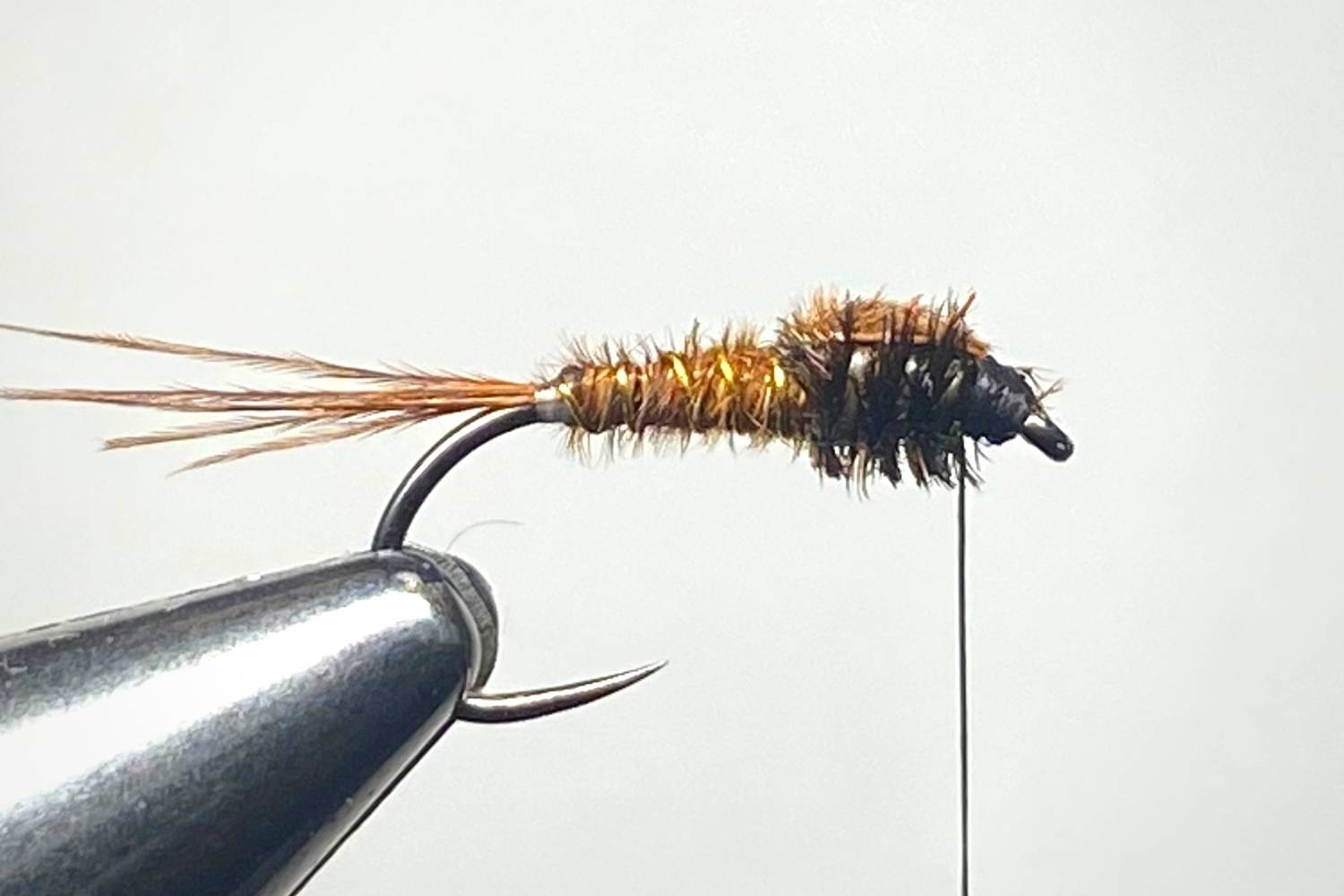 Now pull the remaining pheasant tail fibers over and pinch wrap it in just behind the eye to form the wing case. Trim off the excess materials and make a good thread head with a few wraps before you whip finish the fly off.

Remember that you’ll need the best whip finishing tool for this to get the best result in tying the pheasant tail nymph. 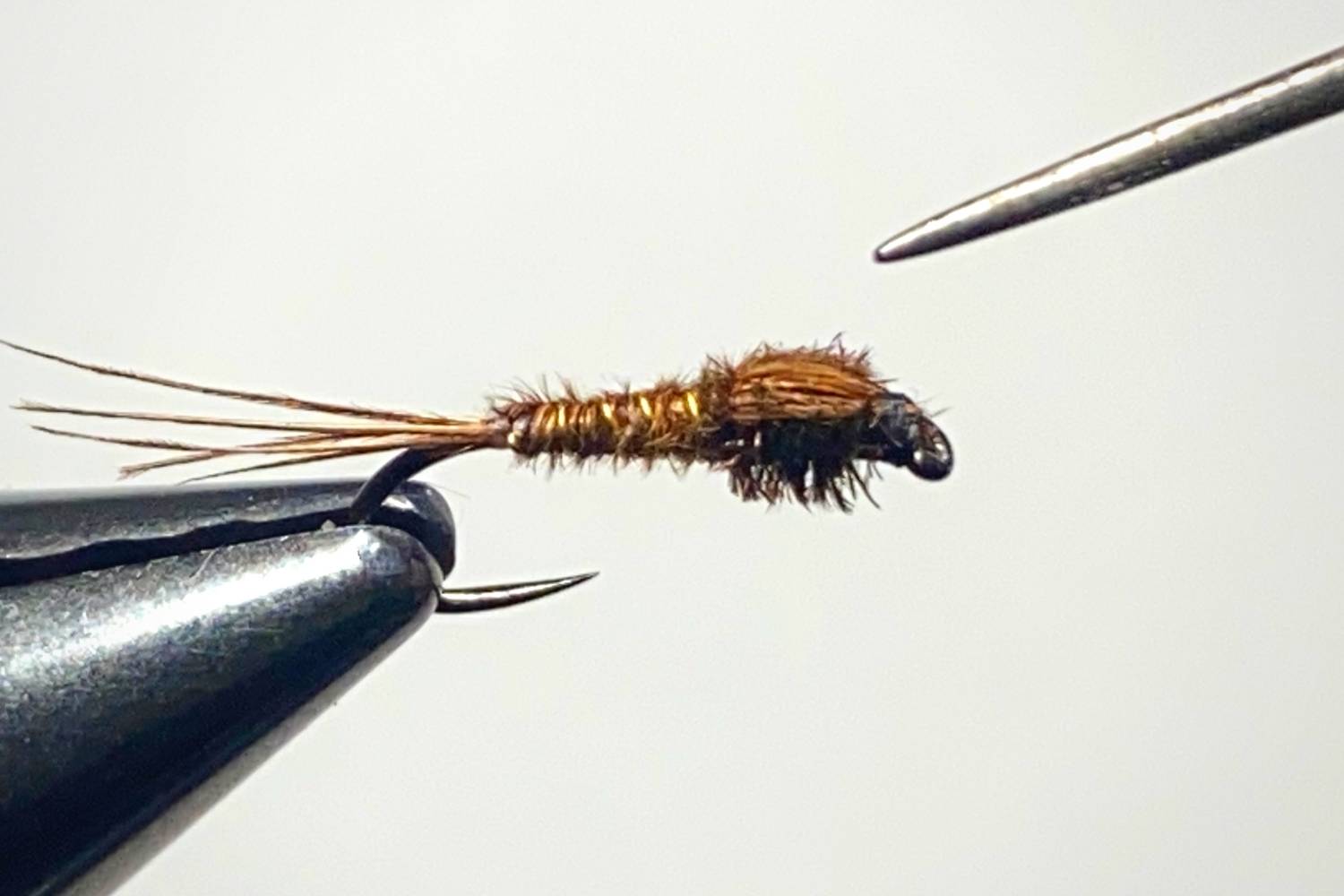 Complete by applying head cement to the wing cover and thread head, allow to dry.

History of the Pheasant Tail Nymph

It was first created by English fly fishing angler, Frank Sawyer. He designed this fly for the chalk streams in southern England, particularly the River Avon in Wiltshire, where he fished regularly.

Sawyer aimed to come up with a simple fly that would imitate the Baetis mayfly. The Pheasant Tail was shot to fame after Sawyer described how to tie and fish it in his book, ‘Nymphs and The Trout’, published in 1958.

American enthusiasts quickly adopted it and it became a firm favorite for trout fly fishing. In fact, it’s one of the oldest existing nymph patterns that continue to be widely used in the fly fishing world today.

They work equally well in still and flowing water, making it an excellent choice for fishing both lakes, rivers, and streams.

Sawyer opted to use wire rather than a thread for his pattern, which allowed it to sink quickly through the water. The wire also added an extra sheen, making it brighter and more eye-catching to the trout – essential in the cloudy chalkstreams.

You can use this effectively in both clear and murky water. 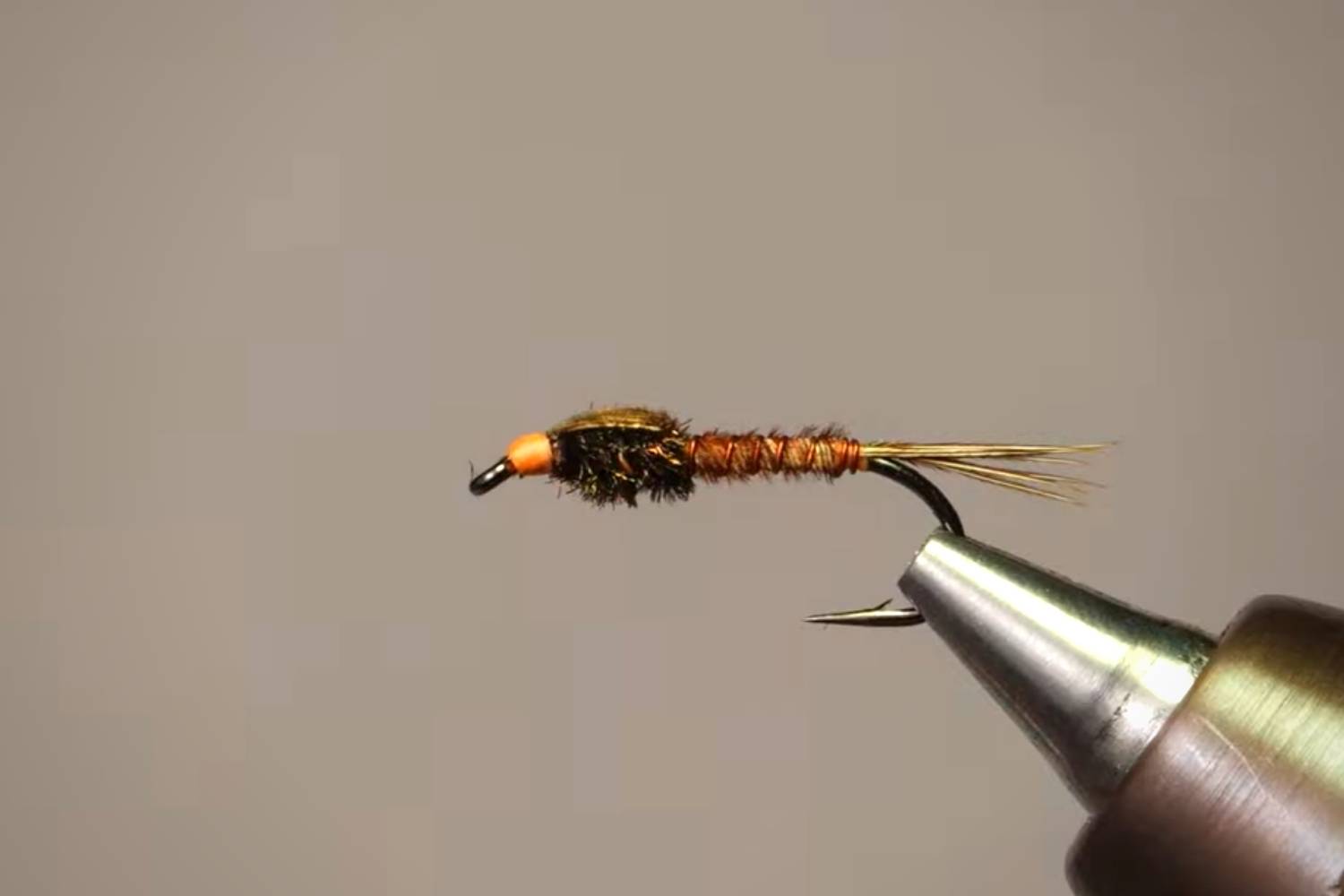 What Does a Pheasant Tail Imitate?

The Pheasant Tail is an attractor pattern, which means that it doesn’t closely imitate any particular forage for the fish. Instead, it inspires curiosity in the trout and tricks them into taking a bite.

While it isn’t an exact replication of any particular species of insect or baitfish, it does look similar to the mayfly emerger nymph. Trout go crazy for mayfly emergers, as they are the easiest form of the mayfly to catch.

Immature mayfly nymphs tend to hide or burrow down in the riverbed, while adult mayflies rest on the surface for just seconds.

It’s when the mayfly emergers rise up in the water column and make their way to the surface that they are the most vulnerable to any hungry fish around. It cleverly manages to copy the nymph’s appearance and behavior at this stage.

You’ll have a lot of success with this pattern if you dead drift it along the bottom and then lift it up through the water, recreating the natural behavior of the mayfly emerger. 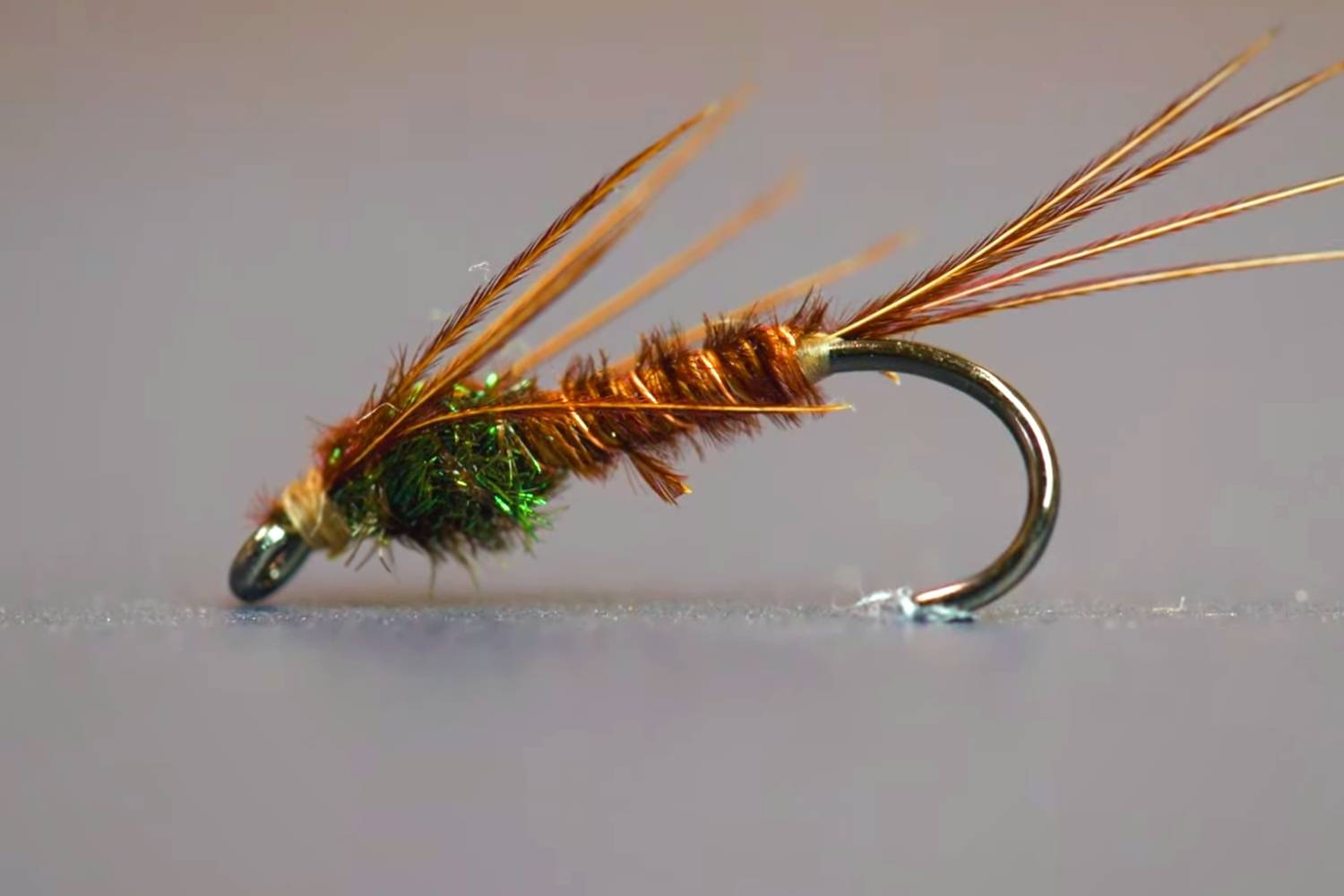 How To Fish The Pheasant Tail Fly Pattern

One of the best techniques is to use is called the Induced Take. Remember when we mentioned how it imitates the emerging mayfly? You can recreate the emerger’s behavior by dead drifting your nymph close to the riverbed, and then lifting it gently through the water.

The trout will be fooled into thinking that your fly is a tasty bite to eat.

Another top tip is to cast upstream and allow your fly to drift naturally with the current. You can tell when the trout are eating emergers, as you’ll see them swimming to and fro below the surface. When you see this, it’s a good sign to crack out your Pheasant Tail flies.

It’s important to select the right size of fly to use, as trout are notoriously fussy and selective. You can do this by moving around rocks or gravel in the riverbed and looking at the size of the natural mayfly nymphs in the area. Try to match this size as closely as possible with your fly. 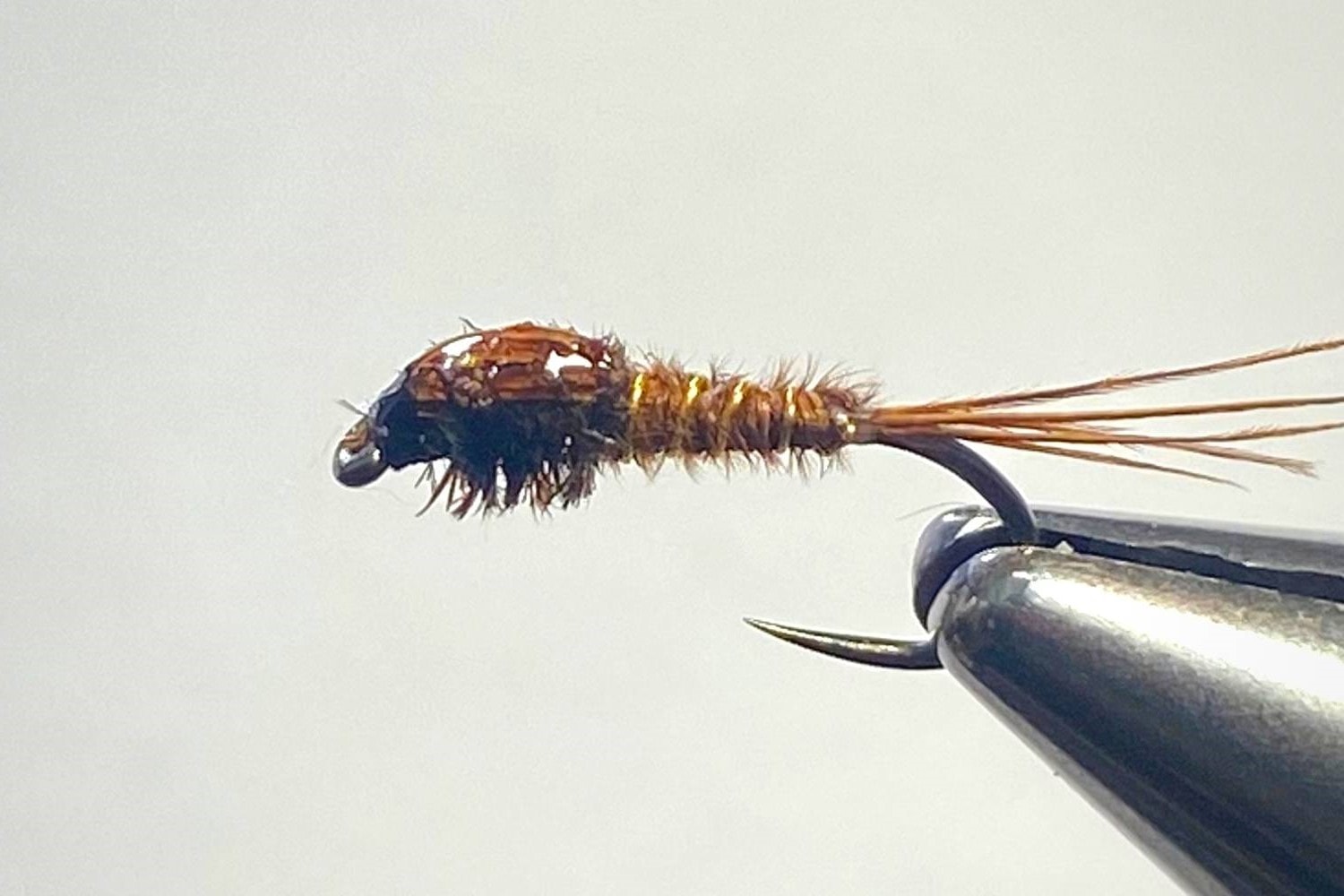 So there you have the complete guide to the Pheasant Tail. If you’re heading out for some epic trout fly fishing, make sure you’ve got some of these classic, all-rounder nymphs in your fly box! The browns, rainbows, and brookies all go crazy for them.

Why not have a go at tying your own Pheasant Tail Nymphs, too? Watch a few fly-tying videos, and you’ll be all set!

Let us know what you think about this fly in the comments or send us an email with your thoughts. Is it one of your favorite fly fishing nymphs pattern, or do you use something else instead? Don’t forget to share on Facebook if you found this helpful! 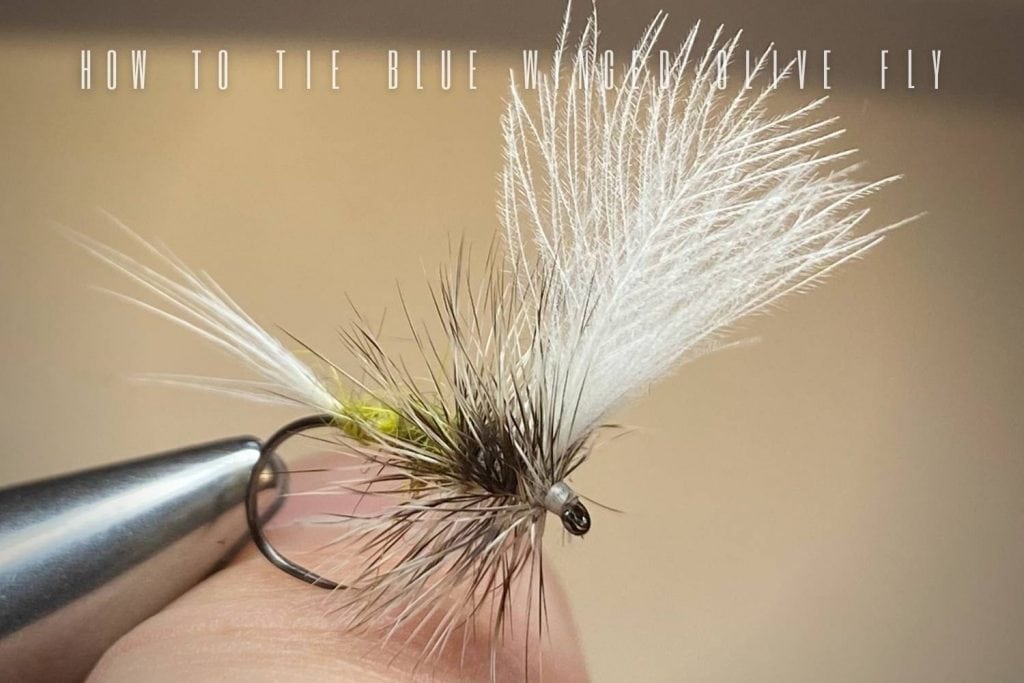 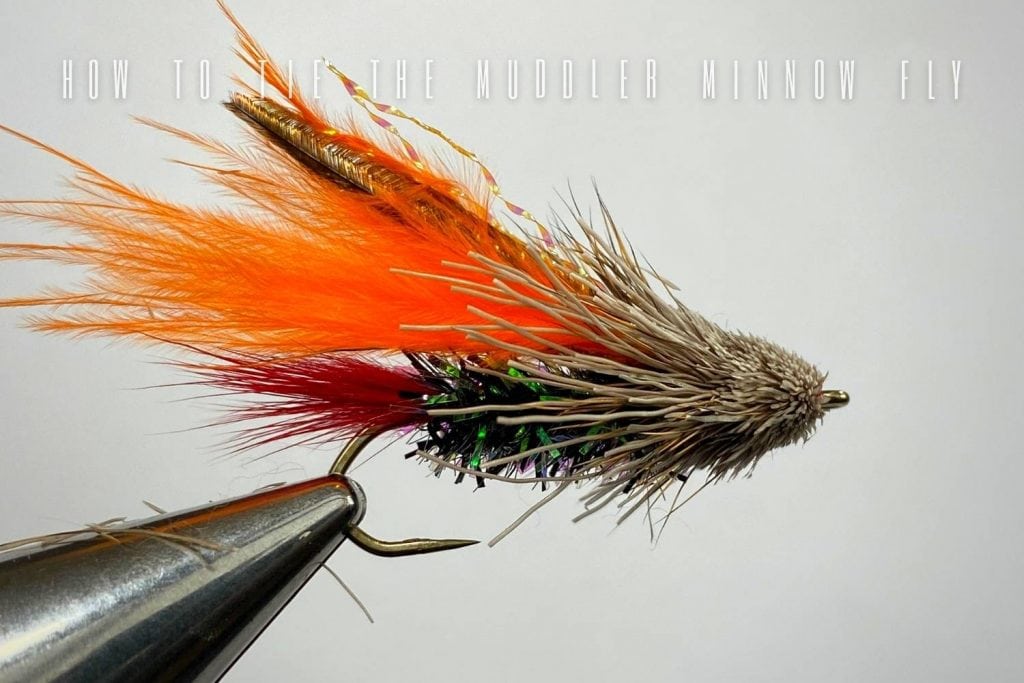 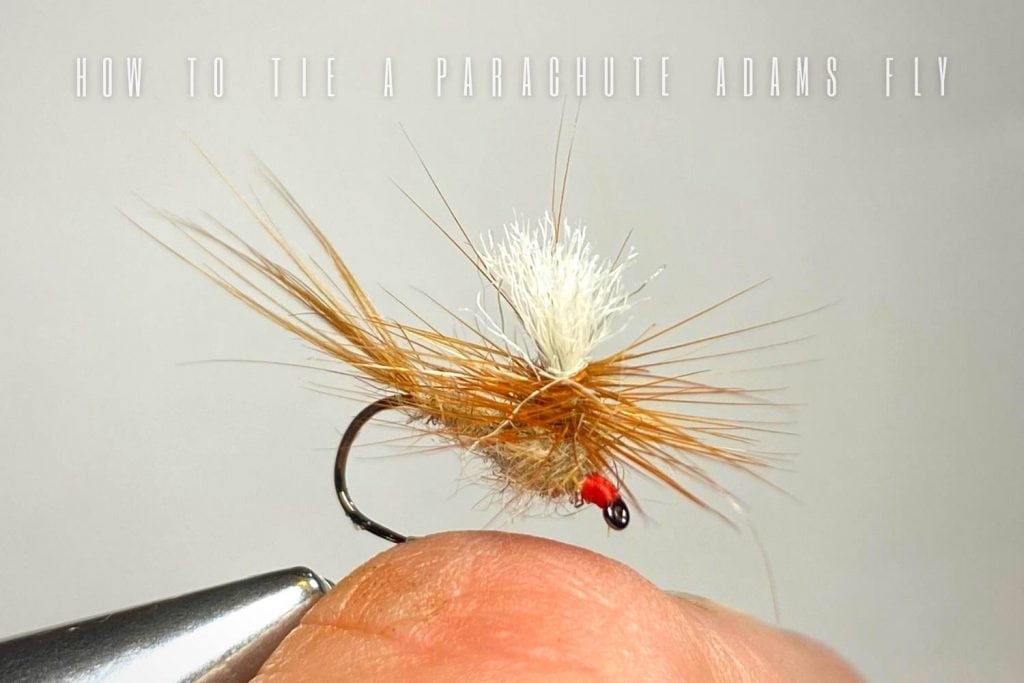 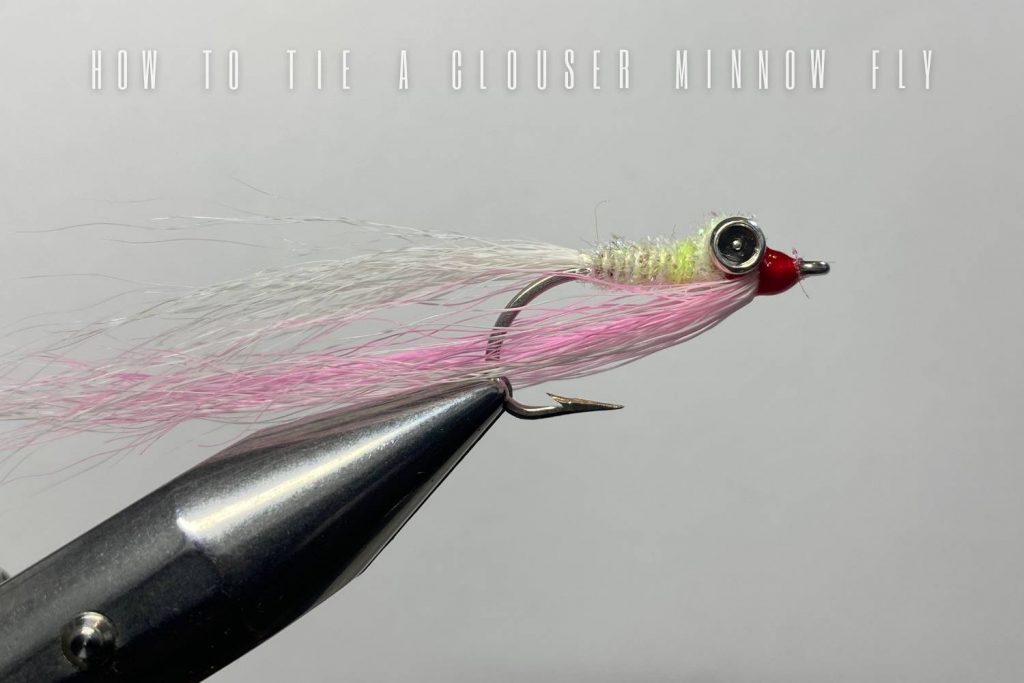 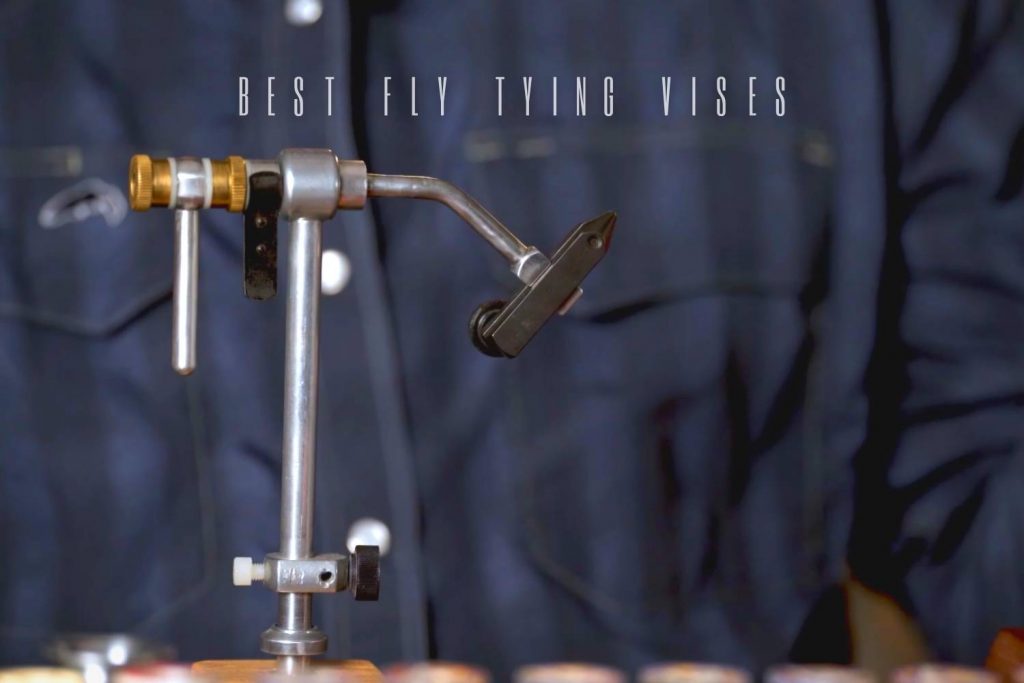 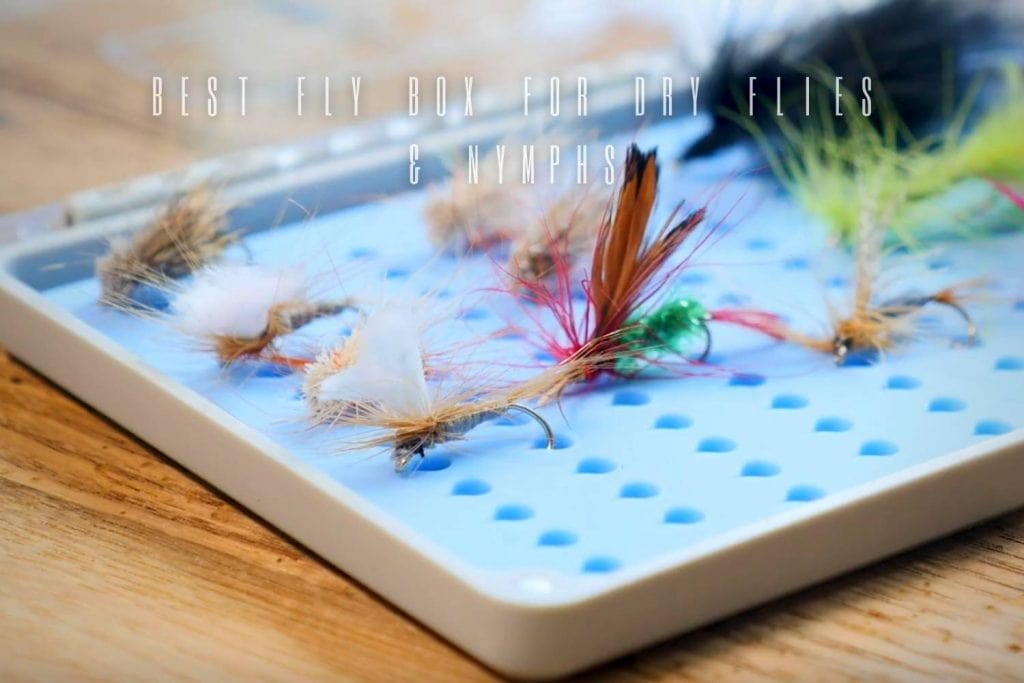