We all want fish numbers to stay high for future fishing trips with our kids and grandkids! Plus, it’s important to avoid unnecessary stress and injury to any fish caught. 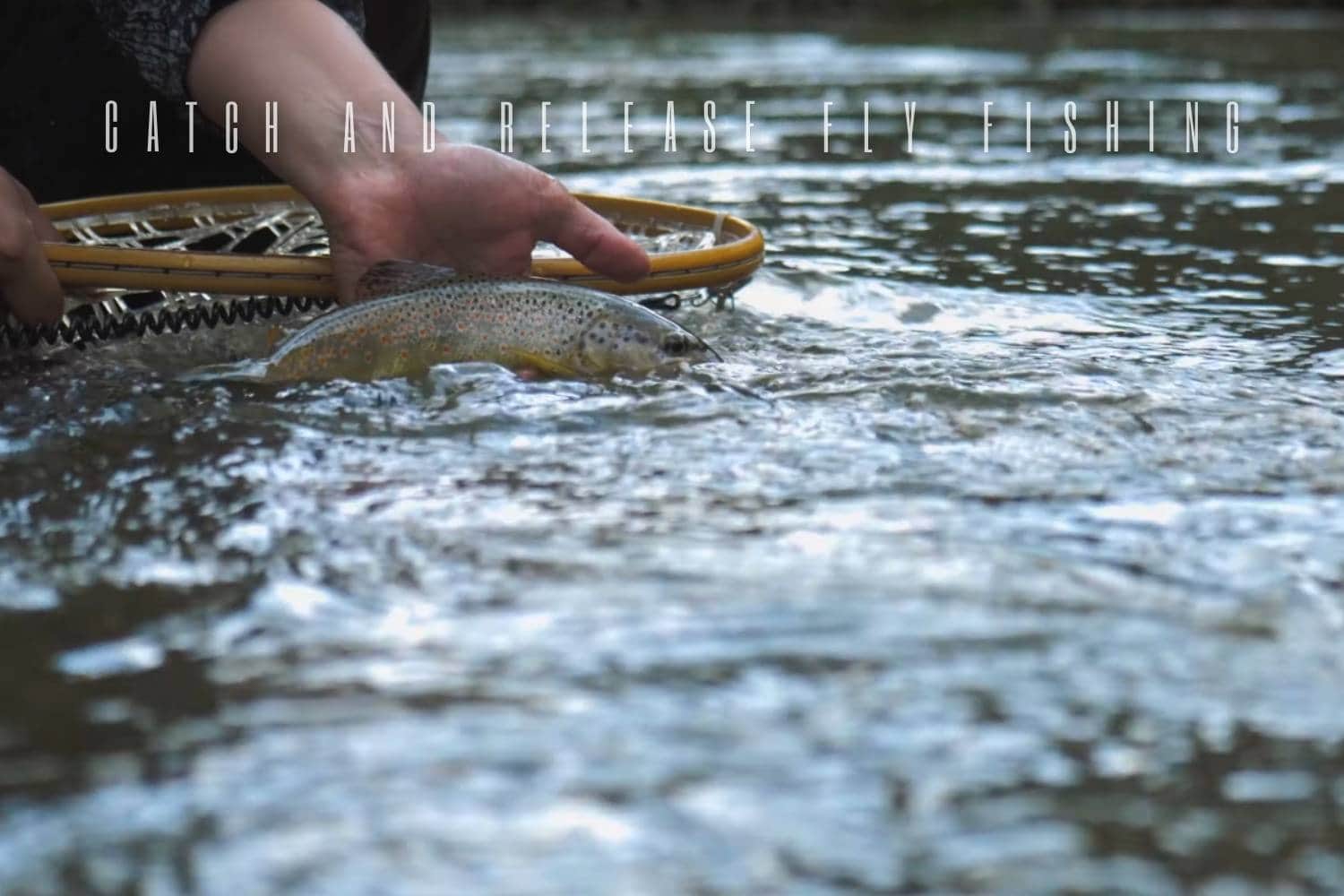 Catch and release fly fishing involves releasing a fish back into the water immediately after catching it. It’s become the norm today, as we want to conserve fish numbers. Catch and release promoter, Lee Wulff, put it simply back in 1936: “Game fish are too valuable to be caught only once’.

This allows us to protect fish species for future generations, while still having a great time out on the water. Fish are released back into their natural environment, allowing them to breed and reducing the pressure on fisheries to provide a constant supply of new fish. In fact, some places even require the catch and release practice as standard to fish their waters.

It’s essential to learn the proper way to do this type. Fish can often be damaged by clumsy handling, even with the best of intentions. Unfortunately, the mortality rate of released fish can be high due to various reasons. But armed with the latest information and an understanding of proper catch and release techniques, there’s a lot we can do to ensure a fish’s survival. Here’s everything anglers need to know about catch and release fishing!

You can also check out our post here for more awesome videos from the best fly fishing youtube channels.

Having the right tools is a critical factor when catching and releasing fish. If you fish with the right gear, you can reduce the damage and stress levels the fish will suffer, so it can swim safely away once you release it. Here’s what you need:

Try to avoid using ultralight tackle – go for a rod and reel with enough backbone to reel in the hooked fish quickly. The longer the fish has to fight, the more exhausted it will become. This may increase its chances of dying when released, as its muscles begin to wear out. The fish may also experience high levels of lactic acid in the body as a result of stress. To avoid that, go for a sturdy rod that can handle large fish.

Bait vs. Artificial Flies and Lures

If possible, avoid using bait at all. Go for artificial flies and lures instead. When you use bait, it encourages the fish to swallow the bait leading to injuries and infections from deep hooking. Any fish caught with a hook in the gut has a lower chance of surviving. Before heading out, make sure you check the fishing regulations. The National Park Service has banned all use of minnows, fish roe, and non-preserved fish eggs for this reason.

That’s why it’s always best to use artificial lures and flies that hook fish in the lip. It’s much easier to remove the hooked fish without causing it any damage. Check out our post here to know some different types of fishing lures.

We always, always recommend that you remove barbs from your hooks or use single, barbless hooks. For one, they’re easier to withdraw from the hooked fish, saving your fingers and the fish from serious damage. But more importantly, treble hooks can tear a fish apart and are almost possible to remove without causing further injury. The effect of barbed hooks is particularly damaging if you hook a fish deep in the gut. [2]

One hook is more than enough and can be extracted cleanly. So, before you head out on the water, use pliers to snip off extra hooks from a treble hook and flatten out barbs. 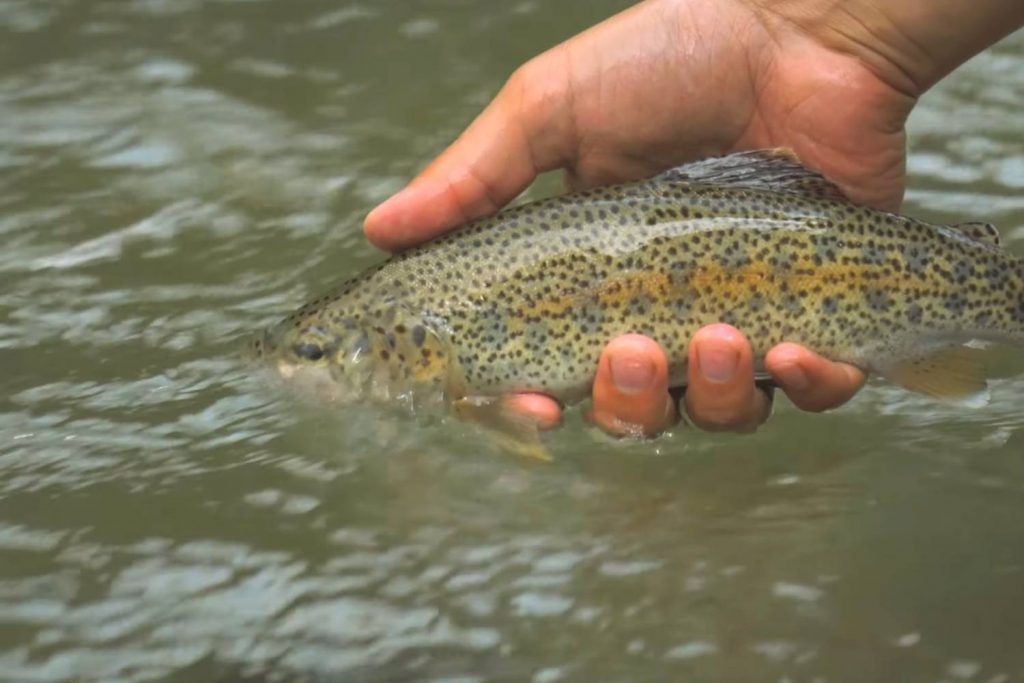 Here are the essential steps anglers should follow for successful catch and release angling:

Make sure you keep a close eye on your rod at all times, watching out for strikes. When you do hook a fish, don’t play it for the fun of it. Haul it in as quickly as possible, to reduce the stress and exhaustion it will feel. We also recommend that you use a rubber, knotless trout collapsible fly fishing net. It’s easier to handle the fish in a net than in your hands, and you won’t rub off the slimy coating that protects the fish from infections.

Once you’ve landed your catch, keep it in the water as much as possible. We recommend not taking photos because the longer the fish is out of the water, the more likely that it may die. If you must pick it up, use wet hands or gloves, so you don’t rub off the mucus layer. Plan out your photo before taking the fish out of the water, and return it as soon as possible. Support the fish properly with two hands, holding it horizontally at all times, and don’t squeeze.

Remove the hook as quickly as possible while remaining calm. You’ll need gloves to protect your hands and a proper tool for clean removal. Hemostats, needle-nosed pliers, and other unhooking tools work best. Don’t pull on the line when removing the hook. Instead, carefully use your tool to ease the hook free. Barbless and circle hooks are the easiest to unhook cleanly.

Don’t let the fish go straight away. First, give it a chance to recover in the water by holding it securely (without damaging it) in your hands or the landing net. Check that the gills are functioning correctly (you should see them opening and closing.) If the fish looks like it’s struggling at all, turn it towards the current to give it a boost of oxygenated water. Avoid moving it backward through the water – this can be bad for the gills.

Once the fish seems ready to go, release it into calmer water by gently removing your hands or the net. Then, it should swim away on its own. 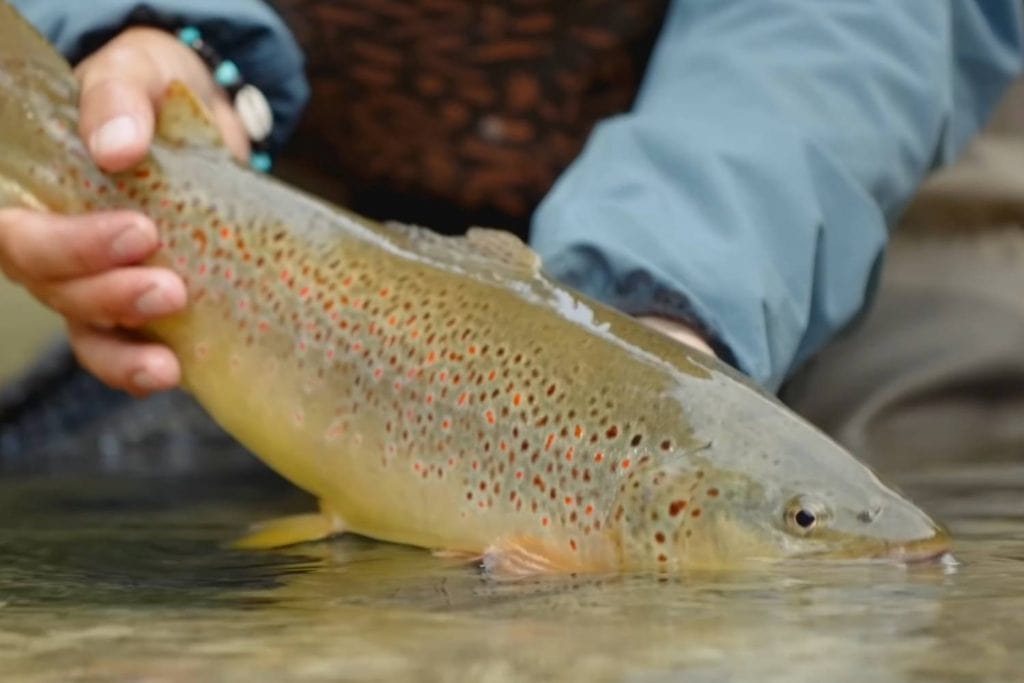 We’ve all seen the photos of fish held up triumphantly by the gills. But this is a big no-no! The gills are a vital organ – think of them like the fish’s lungs. By touching the gills, you can cause irreversible damage without even realizing it.

What we can take from this is to only fish when the temperatures are cool. That means no midday fishing trips, unfortunately! Instead, try fishing at dawn and dusk when the fish will be biting, and they’ll have a better chance of surviving another day when you release the fish.

If done carefully, fishing isn’t cruel. Most anglers take great care not to damage the fish by using practices like catch and release and barbless hooks. As anglers, we have great respect for the fish and their environment and want to protect them for future generations, also. 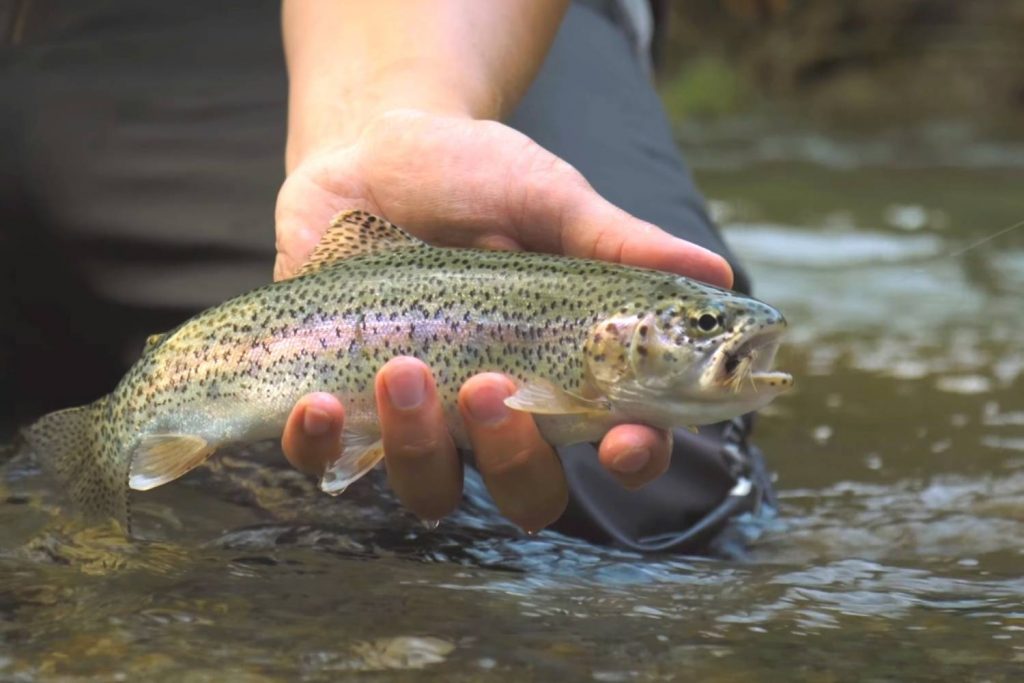 There you have our complete guide to catch and release for anglers. Follow these simple steps, and you can have fun on the water while protecting essential fish species. We all want fish numbers to stay high for future fishing trips with our kids and grandkids! Plus, it’s important to avoid unnecessary stress and injury to any fish caught.

If you have any questions, please do contact us by email or commenting below. Go ahead and share this article, so more anglers can benefit from these catch and release tips, too! 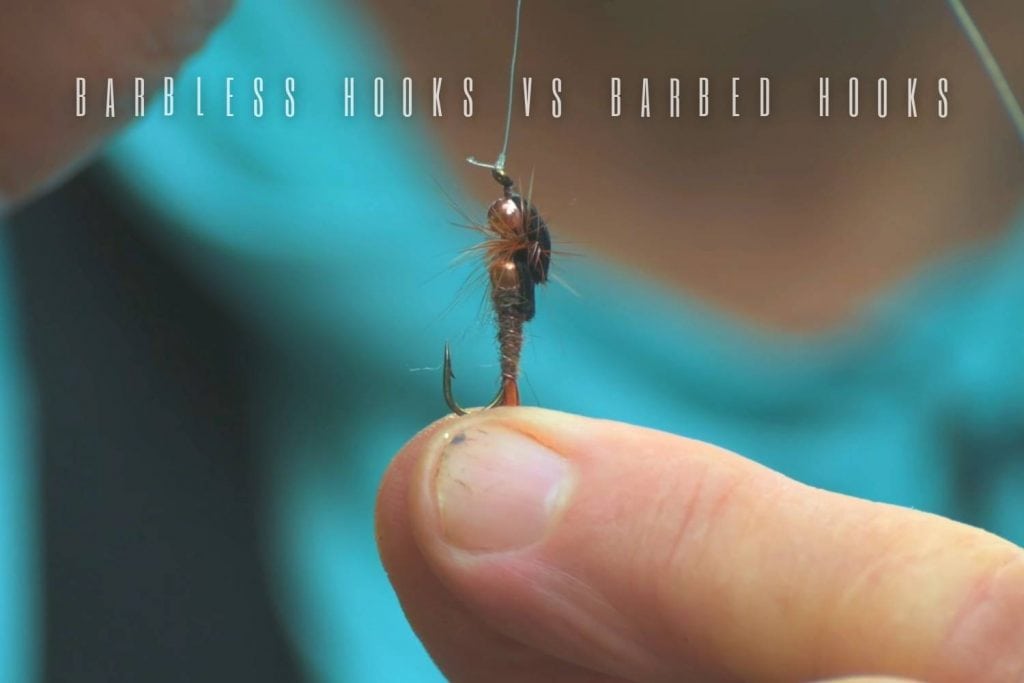 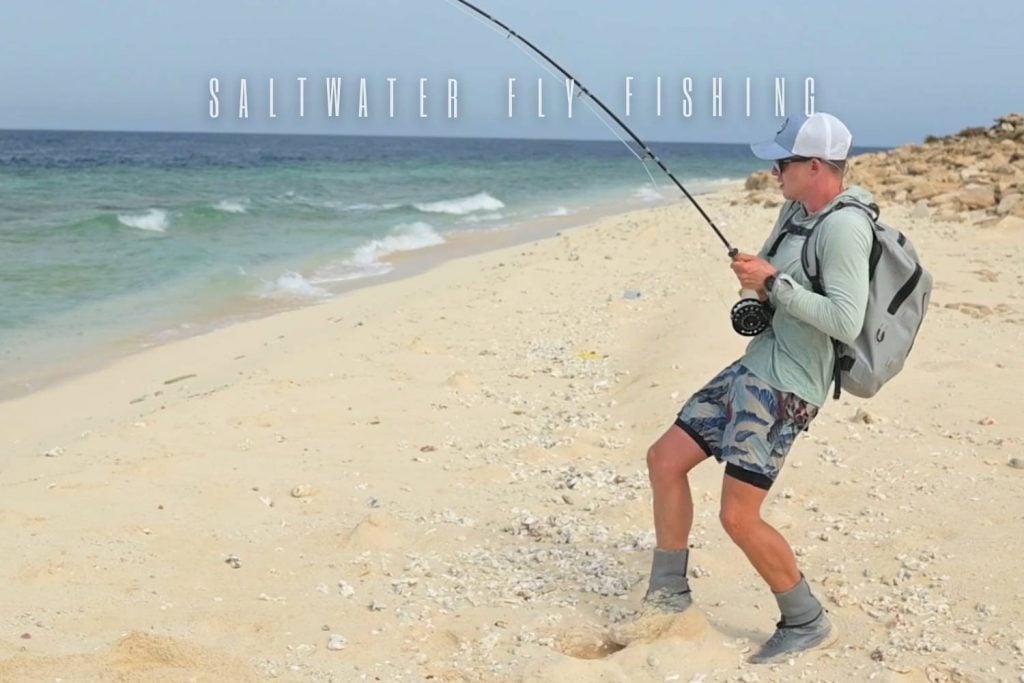 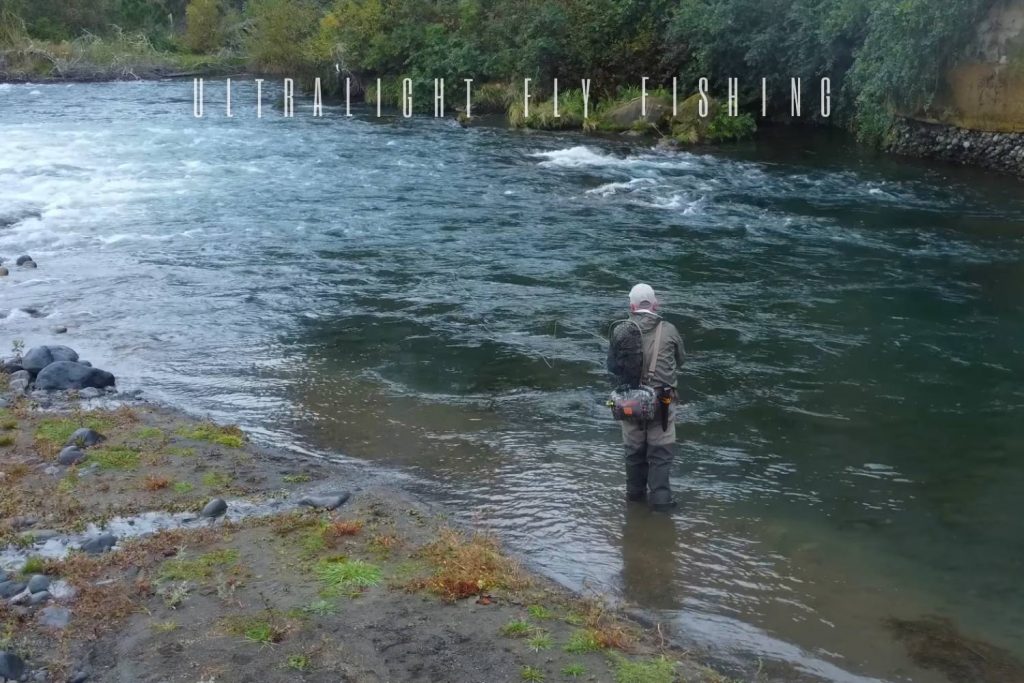